Women in tech: ‘we work hard to prove to ourselves we can overcome any challenges’ 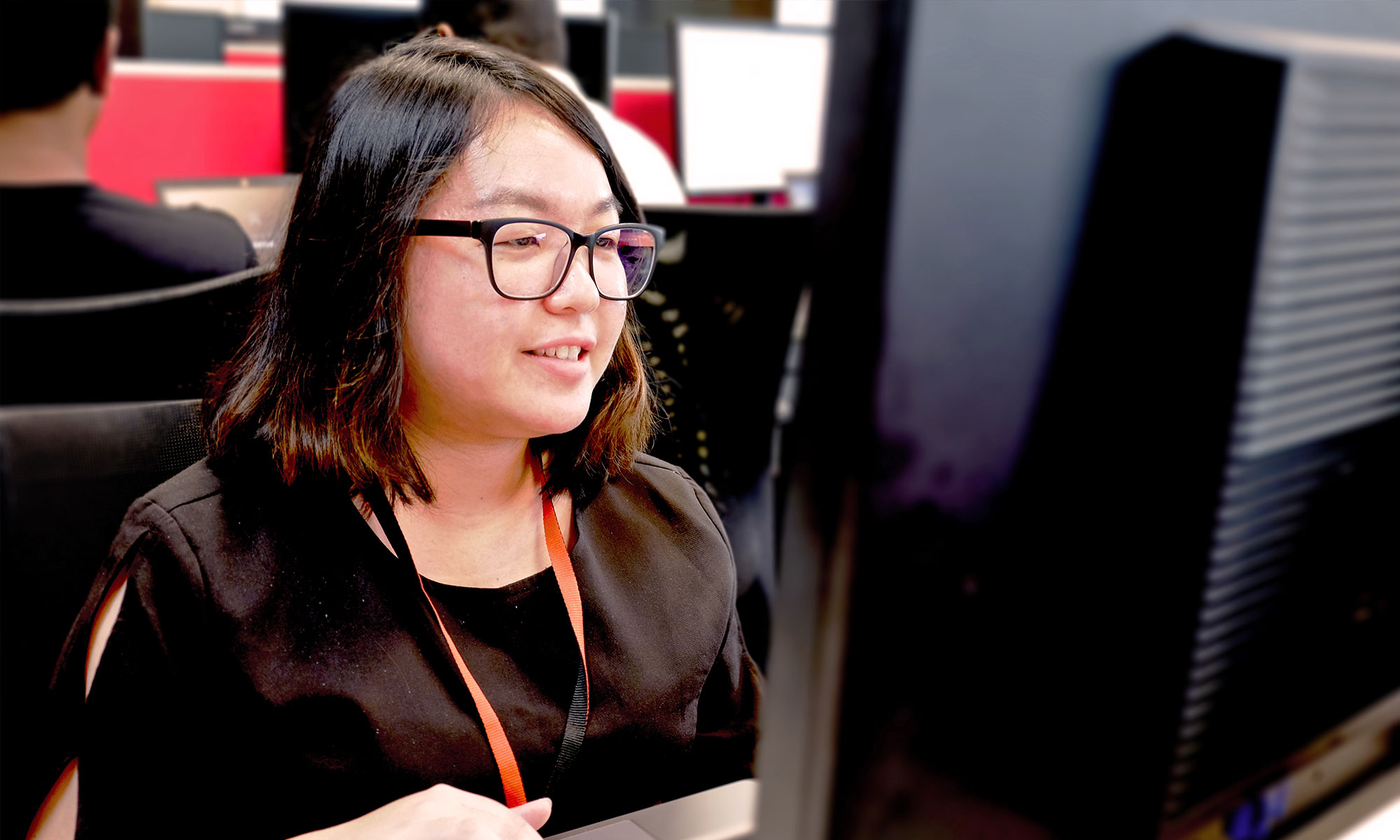 Undaunted to be working in a male-dominated field, Jenny Wong is focused on pursuing a career in tech

When she was in university studying software engineering, Jenny Wong was just one of four women in her cohort of 60 undergrads.

“There were some people who judged me based on my gender, and said things like ‘it’s just a woman, can she really do that?’ she recounted.

Comments such as these only served to motivate Jenny to work harder – not to prove her capability to others, but to fulfil her ambition of working in the tech industry, traditionally a male-dominated field.

“We women in tech really don’t have to prove anything to others. Rather, we work hard to prove to ourselves we can overcome any challenges,” she said.

Her hard work paid off in 2018, when she was recruited to be a mobile application developer at DBS.

She was hired after participating in the DBS Hack2Hire programme, an annual recruitment hackathon. Describing the experience as a great learning experience, she said, “I wasn’t really expecting to get hired. I took part just for the challenge, but I’m glad to be here because I’m learning from a lot from my colleagues and the work that we do.”

The 25-year-old is no stranger to hackathons, having taken part in several during her undergraduate days. “My first hackathon experience was really tough,” she recalled. “We had to hack for 36 hours straight. And after all that, our solution just wasn’t anywhere as good as the others.”

Nevertheless, that experience was a major turning point for Jenny.

“It made me realise that there were a lot of things I didn’t know. The other teams were so experienced, and their solutions were so great.

“From that day, I said to myself, ‘okay this field is so big, there’s still a lot for me to learn, so I must keep challenging myself to become better to achieve my life goals’.”

“I studied more, joined more communities and took part in more hackathons – to see how other people would address a problem and learn from them. I think from these, you get a lot of knowledge that you didn’t learn in school or even at work,” she said.

Even today, Jenny cannot resist a challenge. She regularly scours HackerRank – an online community of developers – during her free time to take part in programming challenges or tests.

“I think all programmers, whether male or females, just love challenges. We want to challenge our limits and we want to improve ourselves,” she said.

At DBS, Jenny is part of the team developing the DBS iWealth app in Singapore. Despite having worked at the bank for less than a year and having no knowledge of the finance industry before joining DBS, she has already made an impact on her team.

“Jenny has brought really fresh ideas to the team,” said her team leader Seshagiri Rao Chowdary Devineni. “She is very capable, and anything she doesn’t know, she’s very quick to learn. I am very glad we have her.”

Ahead of this year’s Hack2Hire programme, Jenny said she would have liked to take part again “for the challenge”. She also expressed her hope that more women would take up the challenge of working in tech.

“My advice to anyone taking part in Hack2Hire is to try your best and learn as much as you can.”

The 2019 edition of Hack2Hire will take place in March. DBS has partnered ThoughtWorks, Girls in Tech and Coding Girls to increase its outreach to female communities. As part of this year’s Hack2Hire programme, a two-week DBS Hack2Hire-Her festival will be held in conjunction with International Women’s Day. Find out more. You can also sign up for the Hack2Hire-Her festival here.

DBS Hack2Hire: Can developers really be hired through a hackathon?