Indian retail and apparel giant Aditya Birla Fashion and Retail Limited has onboarded more than 500 suppliers to an early payment programme it launched with DBS at the start of the Coronavirus pandemic.

Rahul Desai, Senior Vice President of Treasury, said the use of a two-page early payment agreement, coupled with the ability of DBS to extract KYC data directly from the company’s SAP system, had cut onboarding time to three days.

Desai was speaking at the latest SCF Community webinar on the topic of SCF Onboarding. His remarks came after insights into how SME suppliers react to SCF offers by Christiaan de Goeij of Windesheim University and the first sight of a comprehensive research project into SCF by Prof. Dr David Wuttke of TUM School of Management.

For de Goeij, the strength of the relationship between buyer and supplier was often more important than the financial offer in determining whether an SME supplier would join an SCF programme.

It was clear that onboarding has been a major stumbling block for successful SCF implementations. In a live poll, 55% of those attending the webinar said onboarding was a ‘significant barrier to entry’ for supplier finance programmes, with another 41% saying it ‘could be better’.

Divyesh Dalal of DBS India explained that the increased use of APIs to extract information from varying systems was a key part of speeding up onboarding, in one case allowing over 100 suppliers to be onboarded instantly through one file upload in a single day without manual intervention.

The key points in the bank’s new digital approach to SCF onboarding were:

This webinar was organised by the Adaugeo Media on behalf of the SCF Community on 25 June 2020, in partnership with DBS.

The next SCF Community webinar in this series sponsored by DBS Bank looks at new ways to finance SMEs which may not pass traditional credit checks.

Have a conversation with DBS today.
Start your digital transformation journey today by finding out more about the latest, available digital solutions that can help to solve your treasury challenges. See our most recent articles on Digital Pulse, or sign up/login to Treasury Prism today to discover a world of opportunities.

The information herein is published by DBS Bank Ltd. (“DBS Bank”) and is for information only.

The information is not directed to, or intended for distribution to or use by, any person or entity who is a citizen or resident of or located in any locality, state, country or other jurisdiction where such distribution, publication, availability or use would be contrary to law or regulation

Digitalisation of Global Supply Chains are Being Accelerated 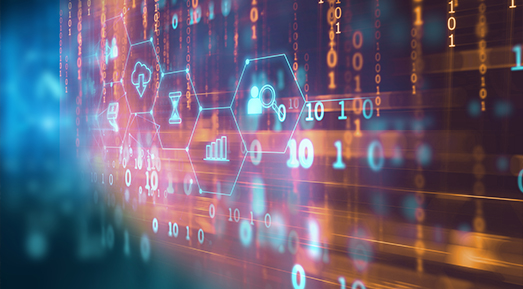 How would you rate your overall experience on this site?

How can we make your browsing experience better?

Thank you! We've heard you.

Your feedback is valuable to us.