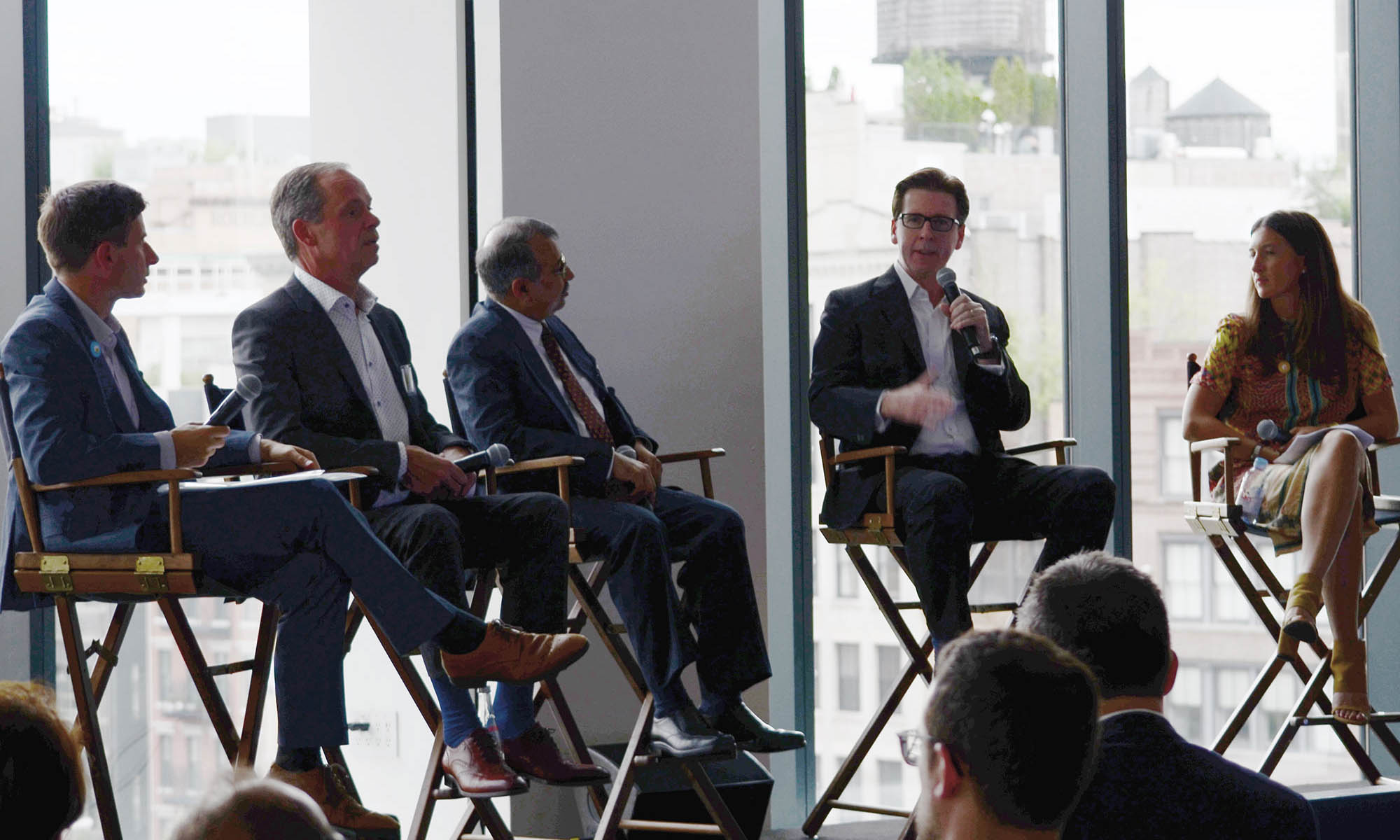 The energy revolution is no different from digital disruption to businesses. Climate action is more than the ‘right thing to do’, it’s the necessary thing to do and a company’s leadership should take up this challenge, shares Michael Power who is also Co-Chairman of DBS Bank’s Group Sustainability Council

While President Trump was addressing the United Nations General Assembly (forever defiling the way I think about Elton John’s classic song “Rocket Man”!) I was across town participating as a panel speaker at Climate Week NYC. The event brought together government leaders and business people in a unique summit dedicated to real action on climate change. At one stage there was palpable excitement in the room when a delegate announced he had it on ‘good authority’ that Mr. Trump had called in his advisors to help him engineer an unlikely U-turn on his decision to withdraw the world’s largest economy from the Paris Agreement.

Truth or fake news? Who can tell, but guess what… it’s irrelevant. He can ‘tilt at windmills’ all he likes, but the windmills (and the solar panels and electric vehicles!) are unstoppable. Climate Week NYC reinforced my view that these technologies are winning. It was a fantastic event. I returned to Singapore with a wealth of ideas, new contacts and a few new challenges.

I’m very proud that DBS is playing a leading role in sustainability and is the first bank in Asia to sign up for the RE100 commitment on renewable energy. As a first step, we will target powering 100% of our operations in Singapore using renewable energy by 2030. We plan to do this by installing rooftop solar panels at our premises at Changi Business Park in Singapore, by exploring corporate PPA’s and by procuring renewable energy certificates (RECs) from local solar energy providers.

We also plan to work with the CDP Technical Advisory Group as well as learn from other RE100 members to draw up similar renewable energy roadmaps for our other core Asian markets.

But let me take a step back and tell you why we signed up for RE100 and why I think your company should too.

1. It’s more than the ‘right thing to do’ it’s the necessary thing to do…

It’s not just that climate change is a business continuity issue and that climate action is the right thing to do. Its impact is felt by everyone.

Just one example, perhaps the most vivid occurred while I was in New York. Hurricanes Irma and Jose were tearing their way through the Caribbean and heading up the coast towards NYC. These weather events have real physical and material impact – they destroy lives and livelihoods, and cause major economic damage. It’s no longer debatable, these events are caused by climate change.

It’s also an issue that we need to act upon urgently. Failure to reduce GHG emissions and contain global temperature increase within 2 degrees by the end of the century would be utterly catastrophic. Submergence of low lying islands and coastal cities, the displacement of millions of livelihoods and possibly many more casualties arising from unpredictable and highly disruptive climatic phenomena are just some of the inevitable consequences of not taking the necessary action now.

The Climate Group shares that 50% of carbon emissions come from private companies alone and therefore, I believe, that businesses must play a more significant role in climate action.

2. The business case … beyond dollars and cents, think relevance

The cost of renewable energy has dropped dramatically over the last 30 years. The World Economic Forum reports that the price of solar is already on par with fossil equivalents in many markets and will soon be cheaper.

The case for businesses to adopt renewable energy at scale is clear and becoming more compelling all the time.

It’s not just that climate change is a business continuity issue and that climate action is the right thing to do. Its impact is felt by everyone.

There are several ways to do this across the value chain – creating additional demand, driving greater efficiencies and financing on the supply side. New energy technologies are also spurring a wave of innovation and growth opportunities – smart grid, energy management, storage, trading etc.

Perhaps just as compelling is the trend of more and more consumers demanding sustainable choices. A survey by Unilever showed a third of consumers are now choosing to buy brands based on their social or environmental impact.

Companies need to “get with the programme now” or risk losing relevance to their customers.

3. The case for leadership

We hear a lot about disruption, in banking and in other sectors, often in the context of the digital revolution and the likes of Uber, Airbnb, Alibaba and Amazon. The digital revolution is obviously changing the fabric of our lives and how we do business. As an industry and as a bank it’s something we must win at to be relevant today and in the future.

I think we need to look at the energy revolution through a similar lens. It too will be life changing and perhaps on an even more fundamental level. It’s something we haven’t thought about enough though I suspect this is beginning to change. Firms need to rethink their purpose (and perhaps repurpose their thinking) and embrace the revolution. And for leaders, I believe, this means…

1. Humility – Accept that what got you here isn’t going to get you there. Challenge your own assumptions and experience.

2. Vision – Think longer-term and understand the implications on your business, your customers and the communities you operate in – not just in the next quarter but in the next decade and thereafter.

4. Execution – Make sustainability and the energy transition a core part of your strategy, and start executing on it right away.

Business leaders can’t afford to be behind the curve. That’s why, as a first step, you should consider signing up for RE100, make a commitment to make your business powered by 100% renewable energy and then figure out how to get it done. It’s a great marker to put down to mobilise your organisation in the right direction and it will make a real and necessary difference.

Beyond four walls: what DBS Asia X means for us and the innovation community

DBS CEO Piyush Gupta on the future of banking

Why do companies need to seek consent when your data is available everywhere?