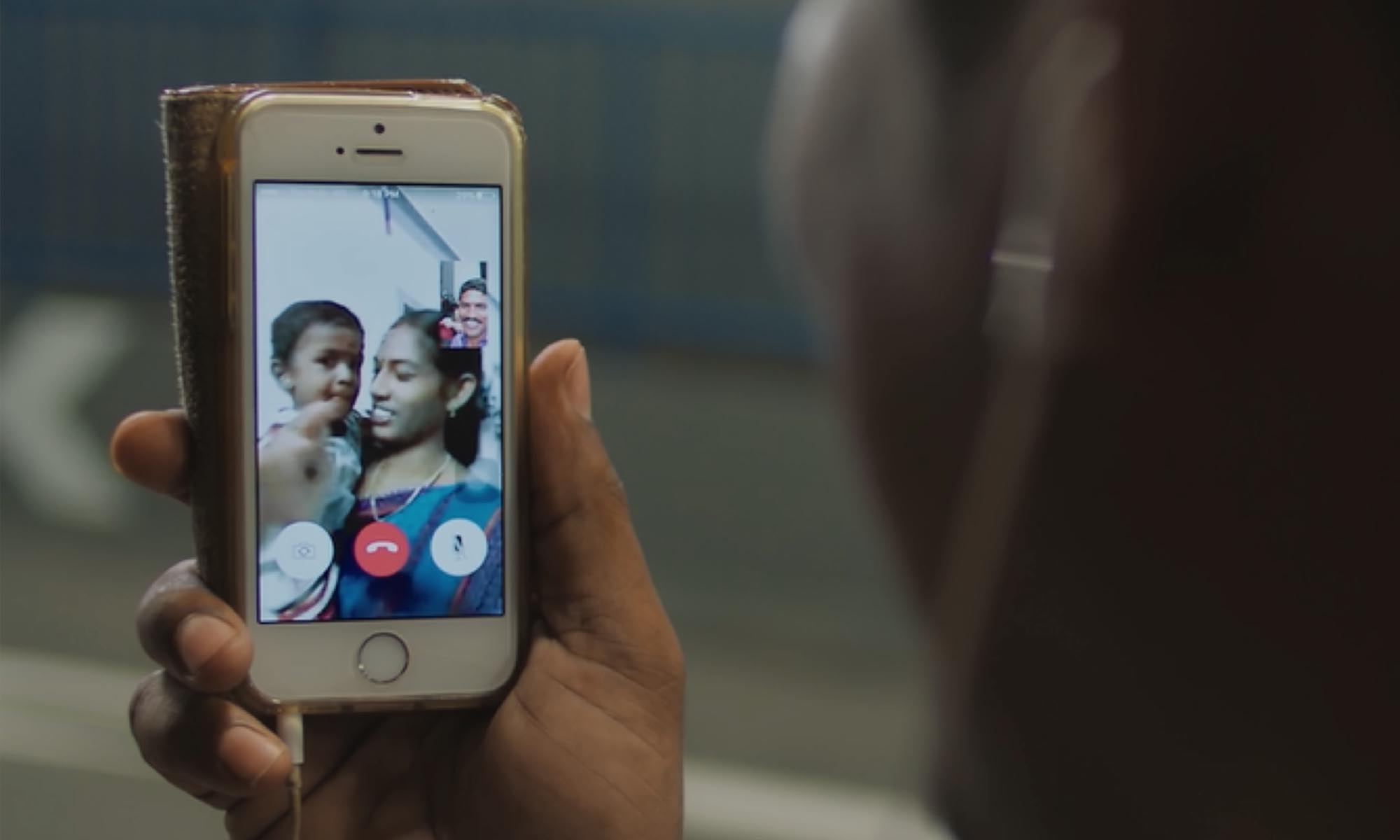 When Alagu Kalidoss moved here 14 years ago from India to work in construction, getting paid was only the start.

There was also the question of where to bank the money, and how to get it home to his family.

The 32-year-old recalls how, aside from the usual pains of settling into a new country, he had to take his salary – then paid in cash – to Little India and queue up at a remittance agency to send money home.

This sometimes took hours and ate into his precious rest time. He worked six days a week, sometimes over 10 hours each day with overtime. The fees charged by remittance agencies also chipped away at his wages.

Now, he gets his salary banked into a POSB savings account opened with the help of his employer, and has begun remitting money home via the POSB jolly mobile application, which was developed to better support migrant workers.

The app, available to the bank’s account holders, acts as a single interface for users to make use of the bank’s SMS remittance and banking services.

Alagu no longer treks down to Little India from his dormitory in Bedok North, just to spend hours trying to send money home. Nor is he charged fees for the remittance.

Melvyn Lu, business director (workplace banking) at DBS Bank, notes, “As most of the workers work long hours and only have off days on Sunday, going to a bank poses a challenge. On their off days, rather than spending time resting, they travel long distances to Little India where they queue for hours to perform remittances,”

With POSB jolly, the app becomes the face of the bank for the workers. They are able to check when their salary comes in as well as their expenses. Remitting becomes a simple, quick process rather than manual form filling and queuing to make payment.

Bank accounts and managing finances electronically are considered a given by Singaporeans, but remain out of the reach of many low-wage migrant workers, leaving them vulnerable to exploitation.

Migrant Workers’ Centre (MWC) Senior Specialist (Youth Engagement) Ethan Gan says he would like to see bank accounts opened for all migrant workers in Singapore, and their salaries credited into the accounts. Currently, this is not a requirement.

The move to require employers to issue itemised payslips – which took effect in April 2016 – addresses some concerns about unfair payment. But requiring employers to open bank accounts for wage payment would go even further, says Gan. Such records can go a long way when disputes arise.

The POSB jolly app, which is directly linked to a user’s bank account, offers basic banking services such as checking of transactions and topping up of prepaid SIM. Users can also send money home securely without needing access to data. Mobile data is only needed to download the app.

Other than remitting to an overseas bank account, users can also use the app to send money to predefined beneficiaries, who can then collect cash from their village’s Moneygram cash collection points.

In addition, the app also provides information on the Ministry of Manpower’s policies as well as links to get assistance from the Singapore Police Force, MWC and Centre for Domestic Employees.

With the POSB jolly app, Alagu says he now knows when his salary comes in, and when his family receives the money, providing him with peace of mind.

His colleague Ponnucherry Gopalakrishnam, 32, points out that he can check the exchange rate easily on the app. “The exchange rate (for the Indian rupee) changes very fast,” he says. “So when I see the rate is good, I can send money immediately.”

Both agree it helps to have a supportive employer. “It’s helpful when they make arrangements for you,” says Alagu.

Since the app was piloted in 2016 and launched a year later, there have been more than 100,000 downloads. Remittance services are available to workers from India, Indonesia, Bangladesh and the Philippines. Users are subject to the bank’s exchange rates.

Find out more about POSB jolly.