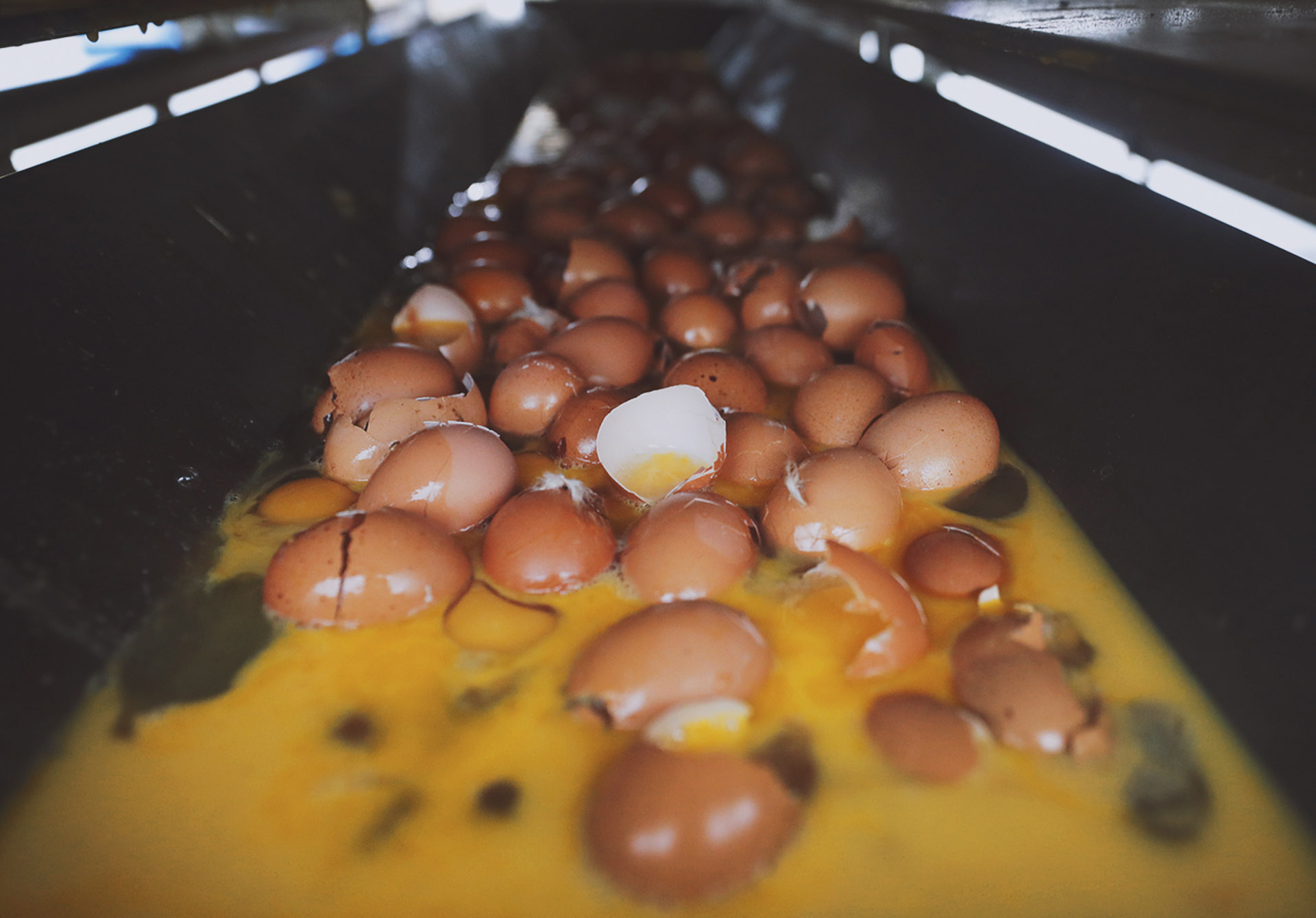 Along with the race to ramp up local food production aggressively amid battling the Covid-19 pandemic comes another tough nut to crack: the massive amount of food waste generated by the Republic every year. In the first of a six-part series, The Sunday Times, in partnership with DBS, takes a sobering look at the state of food waste in the country and why so much food gets thrown out

How much money is thrown away through the food waste generated by households here every year?

If you were off the mark, well, you're not alone. Fewer than one in six got it right - just 16 per cent of respondents - in a Sunday Times poll of 1,000 residents, conducted by online market research firm Milieu Insight last month.

All other respondents underestimated the sum. And what's more, nearly everyone said their households threw out only small or "reasonable" amounts of food.

Respondents were asked 14 multiple-choice questions like the difference between "sell by", "use by" and "best before" dates, and how soon the Semakau landfill would reach capacity.

Close to half - about 47 per cent - got fewer than seven right.

The findings underpin a six-part series by The Sunday Times in partnership with DBS to understand the scale of food waste in Singapore, and the efforts to tackle it by businesses, local communities and individuals.

Commenting on the survey findings, Dr Augustine Quek, senior research fellow at the National University of Singapore's (NUS) department of chemical and biomolecular engineering and former programme manager at NUS Environmental Research Institute, said: "As the survey shows, people do not believe they waste more food even though they are eating more buffets, catering more food than needed when hosting parties, and not taking away unfinished food when eating out."

Eating habits need to change in order to reduce the problem of food waste, he added, but cautioned that social norms like this often take time to change.

The amount of food waste generated across the board yearly has climbed steadily for much of the last decade and a half, jumping by 45 per cent from 558,900 tonnes in 2007 to 810,000 tonnes in 2017. However, it fell to 763,000 tonnes in 2018 and 744,000 tonnes last year, a downward trend Ms Pek Hai Lin, executive director of non-profit Zero Waste SG, attributes to community-led food rescue operations, and the installation of eco-digesters - machines that turn food waste into useful by-products - at a growing number of malls and buildings here.

Food waste is a huge problem not just because it adds to Singapore's only landfill - which is expected to be full by 2035 - but also because of the significant amount of resources and energy that goes into growing, processing and transporting food, said Ms Pek.

She said a huge part of food waste is generated upstream in the supply chain and comes from import excess and cosmetic filtering, in which food is thrown out if it has slight imperfections. For instance, fresh blackberries that are larger or smaller than an "ideal" size might be rejected by suppliers because they do not fit packaging standards.

Close to one-fifth of imported and locally farmed fresh produce is lost along the supply chain every year, according to a study conducted last year by the Singapore Environment Council and consultancy firm Deloitte Singapore. About 393,000 tonnes of vegetables, fruit, fish, seafood and eggs are spoilt and damaged in the post-harvest stage, and in storage, packaging and transportation.

The study also found that food can be wasted through disease or pests in farms and warehouses, over-importing, broken cold chain management, and inadequate infrastructure to prevent spoilage.

Estimates by NEA also point to commercial and industrial premises - such as food manufacturers, caterers, suppliers and wholesalers - as being responsible for generating about 40 per cent of the food waste here.

But, keen to stem the bleeding from their books, some producers are taking steps to reduce the wastage.

At egg farm Chew's Agriculture, for example, cracked or soiled eggs are salvaged as much as possible. ST PHOTO: JASON QUAH

At egg farm Chew's Agriculture, for example, cracked or soiled eggs, which make up to 10 per cent of some 700,000 eggs produced every day, are salvaged as much as possible. Some cracked eggs can be processed into liquid eggs, while eggs dirtied by chicken poop are washed and dried before being sold at a cheaper price.

At the Pasir Panjang Wholesale Centre, mountains of fruit and vegetables deemed too ugly or unsuitable for sale end up in the bin, forming between 35 and 50 per cent of the volume of produce handled daily. But volunteers such as Food Rescue Sengkang and Food Bank Singapore come on different days to collect unwanted produce that is still fine for consumption.

"We rescue food to reduce waste and since the volume was way too much, we decided to share with neighbours, homes and other charities. After all, we should feed people, not bins," said co-founder of Food Rescue Sengkang Janet Lee.

Supermarkets too are discovering that making efforts to reduce food waste goes down well with customers.

By offering reduced-to-clear promotions for slightly-blemished fruit and vegetables, and donating unsold canned food and items with damaged packaging to a food charity, Fairprice reduced the amount of discarded food from 2,203 tonnes in 2014 to 1,326 tonnes in 2015, and 1,278 tonnes in 2016.

At the national level, food waste recycling - which stood at 18 per cent last year - is a key strategy in the nation's Zero Waste Masterplan to reduce the amount of waste sent to the nation's only landfill by 30 per cent by 2030. By 2024, commercial and industrial premises which generate large amounts of food waste will have to segregate their food waste for treatment.

To make a real dent in the problem, experts say an overhaul in the food supply chain is needed, with unwanted food reintroduced as useful by-products, and surpluses donated or sold at a discount.

To allay businesses' concerns about being held liable for any health risk associated with consuming donated food, MP for Nee Soon GRC and chairman of the Government Parliamentary Committee on Sustainability and the Environment Louis Ng is planning to table the Good Samaritan Food Donation Act, to provide legal protection for businesses .

But it is just as vital that consumers change their behaviour, said Mr Ng.

"If (consumers) continue to buy and waste as the survey shows, businesses will continue to order that much food as well. The idea is to get people to prevent the food waste at the start," he added.

Consumers may also have to be prepared to pay more for local produce that is fresher and safer, which not only supports local producers, but helps to reduce the food wastage occurring in the import process.

Singapore is intensifying local production to meet 30 per cent of its nutritional needs by 2030, but producers like Mr Edvin Lim, director of Chew's Agriculture, worry if demand can keep up with the planned increase in supply.

However, food security expert Paul Teng said it is unlikely that local supply, if affordable, could exceed demand, as Singapore still imports most of its food needs.

Taxi driver Yeo Ah Huat, 67, feels that people throw away food without thinking because they are affluent. "If you're not well-to-do, you would think it's a waste," he told The Sunday Times.

"Educating people will not be easy. You will have to cultivate such a value of not wasting food from young."

At the end of the day, consumer choices play a huge role in the battle against food waste, said Ms Pek.

"Consumers can do their part by understanding that produce can come in different shapes and sizes and still be edible, and being open-minded to buying produce that might not look a certain way," she said.

Mr Ng also noted that it boils down to consumer awareness, and taking action.

"Everybody feels that it's just a small part that they play, but taken together, then it becomes this 700,000 tonnes of food wasted."

Tips for cooking at home to reduce food waste

Keep track of what's in your kitchen

Plan meals according to what you have, and what's expiring soon.

Determine the amount to be cooked with the diners' appetites and eating habits in mind.

Use off-cuts or the equivalent

Off-cuts of meat and vegetable stems or roots, for instance, can be used to make stocks, while citrus fruit rinds and zest can add flavour to other dishes.

Pack any excess food for your guests, friends or neighbours.

Cook a "Use-it-up" meal every week

Use only what's already in your kitchen, including leftovers.

Avoid being distracted by your TV or mobile phone while cooking to prevent your dish from being ruined due to carelessness.

Box up leftovers by the portion and freeze them so that they last longer and can be reheated easily for the next meal.