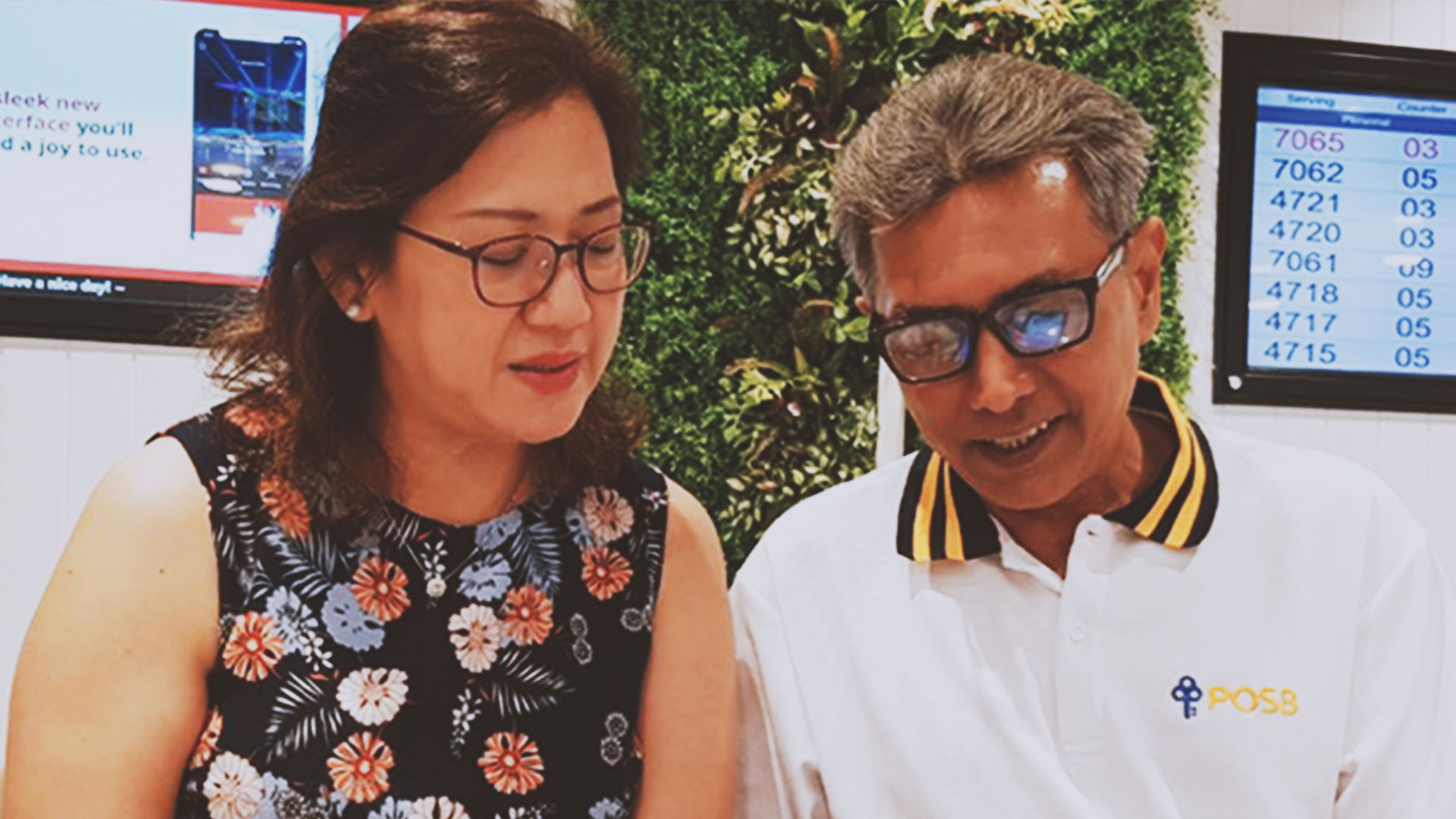 A 60-year-old POSB Bank staff helps peers in his demographic sign up for tech stuff.

The prevailing stereotypical image of a boomer: A senior person who is set in his or her ways, easily confused, unwilling to embrace technology, and generally, an all-round difficult person to deal with.

It’s a term that has been used to depict a certain group of people negatively with the “Ok boomer” internet meme making its rounds.

But like how all stereotypes are meant to be broken, neither 60-year-old Mohamed Abidin nor his customers can be pigeonholed into the boomer category.

We met up with him at the DBS/ POSB Ang Mo Kio Central branch. Far from being a practising Luddite, he has served as an Active Neighbour with POSB since 2016, assisting people in his demographic to keep up with the times.

For those not in the know, Active Neighbour refers to a programme launched by POSB in partnership with the Council for Third Age (C3A), to hire and train seniors who have opted to work part-time to assist others at the bank’s branches, with the overall aim of promoting an active lifestyle for them.

Part of his job involves convincing boomers to go digital and embrace ibanking.

In effect, it is about embracing learning something new.

Here’s what we learnt from our conversation with Abidin.

1. Senior customers are willing to listen as long as you’re not too pushy

Speaking about tech matters to boomers, Abidin said, is about pacing the interaction and understanding how they receive that information.

This is the general rule when it comes to dealing with such customers, he said, otherwise, they will clam up and refuse to listen.

Abidin elaborated that this means not jumping into the issue straightaway.

Start with some small talk, he said, get to know them and let them get to know you before sharing about digital banking, and helping them to overcome their fears.

He noted most usually come round once the simplicity of digital has been explained.

When asked if being of a similar age is a factor in convincing them, he said his “much younger” colleagues have little issue doing this as well, so long as the same approach is used.

2. Sometimes, they treat you

Despite the ageist connotations, boomers are friendly and social.

They are the ones who say to Abidin, “Lai, jiak kopi”, which means to have a cup of coffee together, while no offers have come from the “youngsters.”

This is not to say that Abidin blames the younger generation though.

“Maybe they are too busy,” he said.

One grateful customer even went to the trouble of buying Abidin a cold herbal tea drink and going back to the bank’s digital lobby branch to pass it to him — all for helping her deposit some money.

Another instance involved a middle-aged woman, who bought him hot buns, while he was stationed at POSB’s branch in Novena Square.

In that case, Abidin explained it was this woman’s way of showing her gratitude after he helped her with her transaction when she was in a rush.

The woman then returned to the branch with buns for him from the basement of Novena Square, one to two hours later.

And then there are also those who don’t even require help at all.

Abidin highlighted an instance of an 81-year-old former school principal who addresses him as “young man”.

Abidin said, “He knows how to use the VTM (Video Teller Machine) without me telling him anything. He just smiles at me, he calls me young man.”

This article is produced in partnership with Mothership. 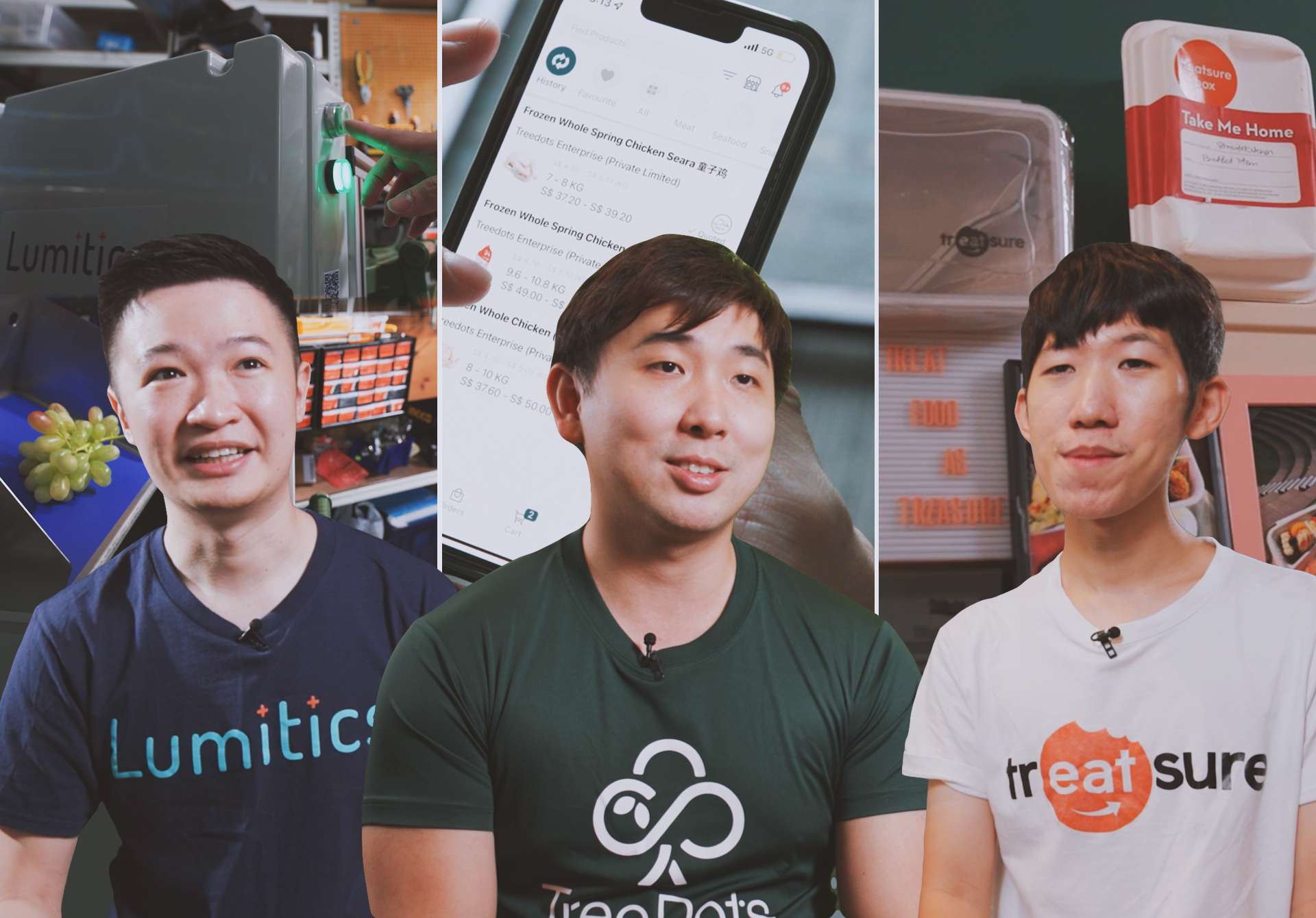