Bringing traditional food and technology together the PayLah! way 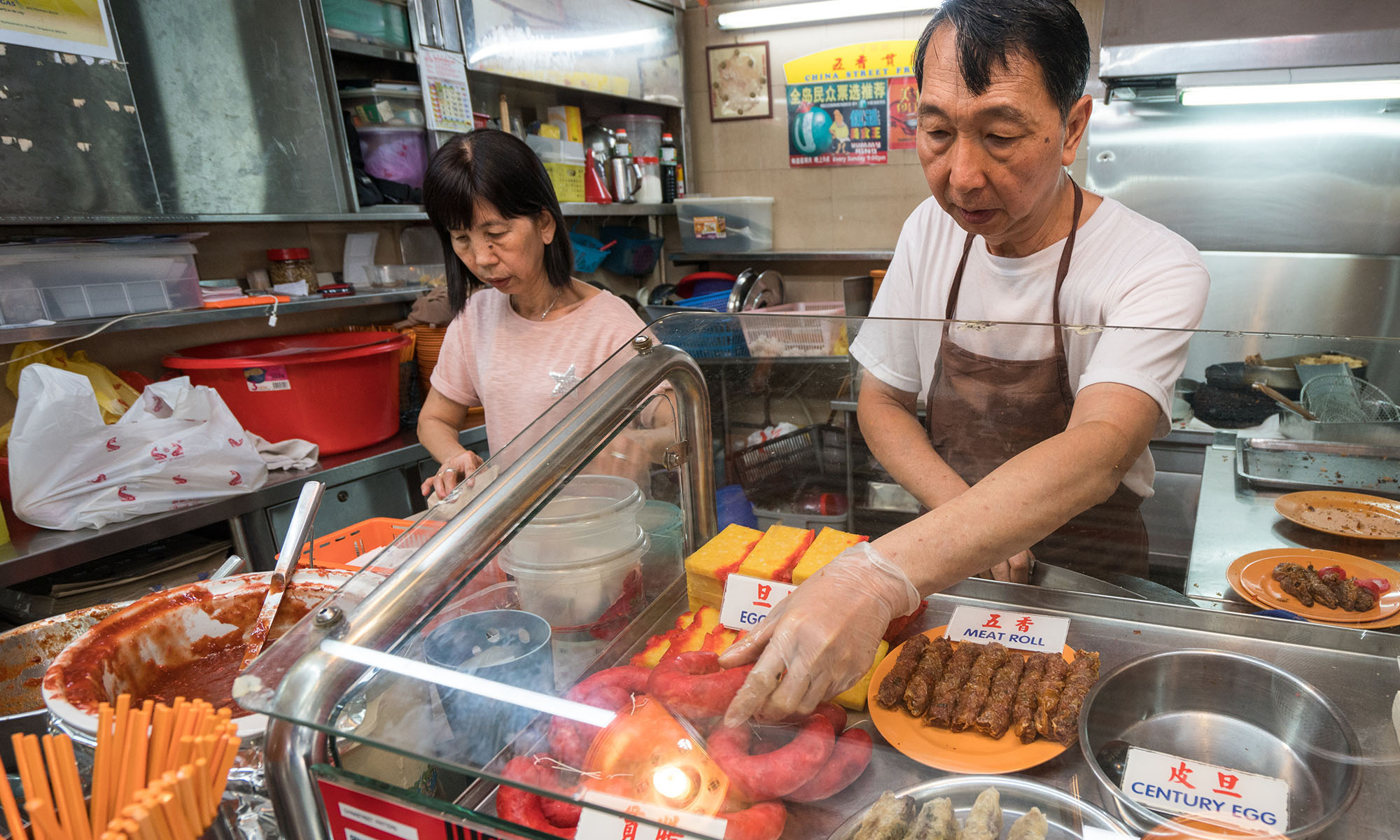 Hawker Ng Kok Hua, pictured here with his wife, has been selling ngoh hiang for more than 40 years. Photo: DBS

Why do companies need to seek consent when your data is available everywhere?

Ng Kok Hua sells a cuisine not many hawkers are willing to sink their teeth into. He makes traditional Hokkien-style fritters (also known as ngoh hiang) from a recipe passed down by his father, who helmed the business for 30 years until the younger Ng took over more than 40 years ago at the age of 16.

With food that is handmade every morning and a time-honoured recipe, it’s no wonder the family’s stall, China Street Fritters at Maxwell Food Centre, was awarded the Heritage Hawker Stall award in 2015 by the City Hawker Food Hunt.

But despite his old school leanings, Ng is one of 30 hawkers at the food centre who has decided to go cashless with the new QR code payment function introduced in DBS’ mobile wallet DBS PayLah!.

Customers simply scan the QR code displayed at the merchant location using their PayLah! application, type in the amount owed and send it to their account. Merchants such as Mr Ng will then receive a payment notification almost immediately.

“Even though I’m at this age already, I understand that this is a new trend. It doesn’t mean (just because) I sell traditional food, I can only do the traditional form of cash transaction. If we don’t follow (this trend), we will lose out to everybody,” says the 60-year-old.

While cash is typically seen as king, it can pose quite a few difficulties for hawkers like him, explains Ng.

Sometimes customers pay with a big note at the start of business and Ng would not have enough change. He then has to approach other hawkers for smaller notes. “They are also very busy doing their business and might not have time to change for you! So it can be quite inconvenient.”

Collecting money and returning change from table to table also wastes valuable time. “And at the end of the day, you have to go and bank in all your cash. This will definitely help save a lot of time,” he adds.

DBS launched PayLah!’s QR code feature in April 2017 to encourage small cash-based merchants, such as those at Maxwell Food Centre, to adopt the QR code option as a payment method.

This is part of DBS’ efforts in taking the lead to boost the adoption of cashless payments, especially among small businesses that still prefer using cash despite the Government’s push for a Smart Nation.

Jeremy Soo, Head of Consumer Banking Group (Singapore), DBS Bank says: “One of the obstacles to widespread cashless payment adoption we’ve identified is that there are still various myths circulating around cashless payments – that high costs are involved in setting up the infrastructure to process payments; it is unsafe; it is complicated to use for both merchant & consumers, etc.”

He adds: “DBS can help debunk these myths and demonstrate to businesses how going cashless can be low-cost, easy and raise business productivity, taking us one step closer to our vision of a Smart Nation.”

For consumers, PayLah!’s QR code feature is just as handy. Beyond making payment to merchants, consumers can use it to collect/make payment to other individuals, foot their bills and pay ComfortDelGro taxi fares come the third quarter of this year.

PayLah! users will be able to transfer money to other individuals who do not have the PayLah! App via their mobile number or NRIC/FIN, as long as they are customers of seven participating banks.

China Street Fritters’ Ng says he first heard about PayLah!’s QR code feature when DBS’ ambassadors approached him last month. Since he is the chairman of Maxwell Food Centre, they also sought his permission to speak with other hawkers.

At first, he had concerns, he admits. For instance, would there be an administration charge or monthly charges? Would payments be held for a month or two before being processed? After ambassadors assured him that his worries were unfounded, he decided to give it a go.

As of June 2017, about 30% of the 103 stalls at the food centre have signed up for PayLah!. Ng is optimistic this will soon increase.

“It’s a good thing for hawkers after all. We don’t have to do a lot of steps to complete the transaction unlike other cashless payment modes, and the most important thing is it’s also very hygienic as we don’t get to touch cash.”

The PayLah! QR code payment mode also has low barriers to entry. Consumers and merchants only need a Singapore bank account to send or receive funds, and at no cost.

Ng tries to encourage other hawkers who are still in a wait-and-see mindset, by advising them on the benefits of incorporating an additional payment mode.

“Most of them will take time to accept this. But I tell them we are in a digital world, and in future a lot of Singaporeans will be using QR codes to make payment. They have to get used to such transactions.”