Singapore, 14 Feb 2019 - DBS QR Ang Baos, the world’s first loadable QR red packets, were launched on 25 January to strong public interest. Since then, customers appear to have taken to the novel solution very quickly: the bank has recorded more than SGD 1.3 million being loaded onto DBS QR Ang Baos. 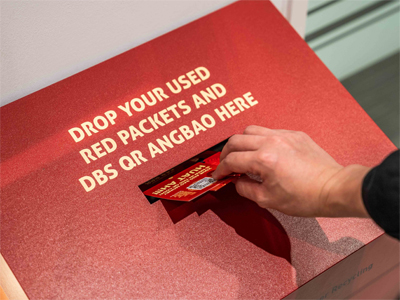 The growing interest and comfort in using digital alternatives for CNY is further reflected in the usage of DBS PayLah!’s eAng Baos, which have steadily risen in popularity since they were first introduced in 2015. The number of eAng Baos sent in 2018 was six times higher than that of 2017. This year is no different, with eAng Bao usage hitting yet another record high for CNY: the average number of eAng Baos sent per day this CNY is double that of last year. In addition, the bank has seen a jump of more than 40,000 new DBS PayLah! eAng Bao users during this period.

Here are some interesting facts on the users of DBS’ digital CNY alternatives:

Said Jeremy Soo, Managing Director and Head of Consumer Banking Group (Singapore), DBS Bank, “We’re excited to see the public’s warm reception to both DBS QR Ang Baos and eAng Baos this year. As with the practice of exchanging red packets during Chinese New Year, some traditions are timeless. For any innovation to succeed, it is key to find a balance between technology and preserving core traditional values, and to continue iterating based on feedback. With our DBS QR Ang Baos, eAng Baos and traditional red packets, we are glad to provide different ways to send blessings for the new year. Regardless of the medium, we hope the red packets were able to bring people together and spark joy this CNY.”

Jayne Lam, 53 years old, homemaker, noted, “I like that it cuts out a lot of hassle – there’s no need to queue for new notes, no need to count and pack the money. Inserting new notes into red packets sounds simple but can be very troublesome when you have many CNY preparations to rush. With the DBS QR Ang Bao, I can easily prepare it while on the way to my next visiting destination, which saves time. I also save on a trip to the bank to deposit my children’s ang bao collections!”

Wayne Toh, 23 years old, student, agreed, “The QR Ang Bao is really useful. Saves me time and effort because now I don’t have to bank in my CNY money.”


With 2019 designated as Singapore’s Year towards Zero Waste, DBS has become the first bank in Singapore to launch a recycling initiative for red packets. From 19 February to 16 March 2019, 64 “Ang Bao Recycling Bins” for used red packets and DBS QR Ang Baos will be available at all DBS/POSB branches across Singapore, accessible during branch operating hours. Bins at selected branches will be accessible 24 hours daily. The bank is partnering with Tay Paper Recycling for this initiative. For more information on the location of DBS/POSB branches, visit https://www.dbs.com.sg/index/locator.page.

About DBS
DBS is a leading financial services group in Asia, with over 280 branches across 18 markets. Headquartered and listed in Singapore, DBS has a growing presence in the three key Asian axes of growth: Greater China, Southeast Asia and South Asia. The bank's "AA-" and "Aa1" credit ratings are among the highest in the world. 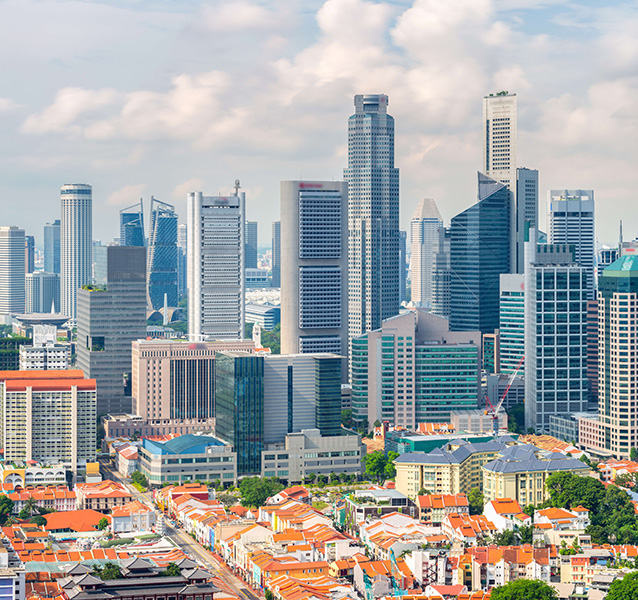 The industrial S-REIT sector holds promise for investors amid the economy’s slow recovery from ...