Singapore.18 May 2019
Singapore, 18 May 2019 - With Hari Raya Aidilfitri less than a month away, households across Singapore are busy preparing for the annual get-together with family and friends. The exchange of green packets during this festive season – a uniquely Southeast Asian tradition – is made easier and hassle-free with the latest DBS QR Gift launching today.This pioneering solution is the first in the world which enables users to ‘load’ their desired cash values onto unique QR codes via DBS PayLah!, thus eliminating the use of cash while preserving the traditional act of giving and receiving physical green packets. DBS QR Gift was piloted this year during Chinese New Year (as DBS QR Ang Bao) and received strong public interest with a total of SGD 1.5 million being loaded during the Chinese New Year season.

Jeremy Soo, Managing Director and Head of Consumer Banking Group (Singapore), DBS Bank, said, “Hari Raya is an important festive season where our Muslim friends in Singapore gather to celebrate, fellowship, and appreciate longstanding traditions such as exchanging green packets. With DBS QR Gift, we hope to bring ease and convenience to our Muslim customers during this busy period, so they have more time to enjoy the festive season with their loved ones.”

Using DBS PayLah!, Singapore’s most popular mobile wallet with more than one million users, customers simply need to scan a unique QR code on a DBS QR Gift card to ‘load’ a cash value of up to SGD 999. They may then present the DBS QR Gift to their family and friends, who can scan the QR code with their own DBS PayLah! app to receive the loaded amount. Watch this short video on how the DBS QR Gift works.How to get your DBS QR Gift cards

Givers may start loading their desired cash values onto the DBS QR Gift cards from 18 May 2019 to 2 August 2019; funds not redeemed by receivers by 2 August 2019 will be credited back to the givers from 3 August 2019.

Customers making cash withdrawals at all DBS/POSB branches will receive two sets of DBS or POSB green packets. This year’s DBS Hari Raya packets feature blooming flowers against a background of subtle batik patterns. DBS’ iconic Girl and Boy, Xing and Jaan, are holding on to Ketupats, rice dumplings wrapped in woven coconut leaves traditionally served by Indonesians and Malays at festive occasions. This year, DBS green packets can be repurposed as Ketupat décor – a nod to sustainability that serves as a reminder to customers to “Live more, Waste less”. The reverse side of the packets reveal patterns which can be cut into strips and transformed into Ketupat art. Customers may follow the simple, step-by-step instructions in this video, which is also accessible via DBS Facebook and DBS Instagram. 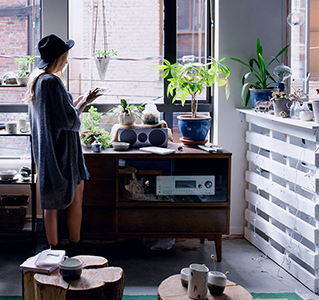 How to avoid busting your renovation budget

Arm yourself with these tips, and you won’t hit the ceiling when the final invoice arrives.