Singapore, Hong Kong, China, India, Indonesia, Taiwan, Regional, 29 Apr 2019 - DBS Group’s net profit for first quarter 2019 increased 9% to a record SGD 1.65 billion. Total income grew 6% to a new high of SGD 3.55 billion. Healthy business momentum and a higher net interest margin more than offset the impact of a high base for wealth management, brokerage and investment banking fee income as well as a property gain a year ago. New non-performing asset formation remained low and total allowances halved. Return on equity rose to 14.0%, the highest in more than a decade.

Compared to the year-ago period, net interest income rose 9% to SGD 2.31 billion. Loans grew 5% in constant-currency terms to SGD 347 billion. The increase was led by non-trade corporate loans, which expanded 11% from broad-based activities across the region. Consumer loans were 3% higher. These increases were moderated by an 11% decline in trade loans due to unattractive pricing and a general market slowdown. Net interest margin increased five basis points to 1.88% in line with higher interest rates in Singapore and Hong Kong.

Net fee income was 2% lower at SGD 730 million. Wealth management, brokerage and investment banking fee income declined 12% in aggregate due to exceptionally buoyant market sentiment a year ago, but the impact was mitigated by fee income increases in other categories. Card fees increased 21% to SGD 189 million from higher customer transactions across the region. Transaction service fees rose 6% to SGD 188 million as both cash management and trade finance fees increased. Loan-related fees grew 9% to SGD 108 million.

Other non-interest income rose 5% to SGD 511 million as increases in trading income and net gain on investment securities more than offset a property gain of SGD 86 million a year ago. Trading income rose 20% to SGD 443 million from gains in interest rate and credit activities. Net gain on investment securities doubled to SGD 53 million from a low year-ago base.

By business unit, Consumer Banking / Wealth Management income rose 15% to SGD 1.56 billion from higher deposit and bancassurance income. Institutional Banking
income grew 10% to SGD 1.50 billion from higher cash management and loan income. Treasury Markets income increased 18% to SGD 293 million. The income growth from the three business units was moderated by a halving in Others income due in part to the property disposal gain a year ago.

Expenses rose 7% to SGD 1.50 billion. The cost-income ratio was 42%, similar to a year ago. Profit before allowances increased 5% to SGD 2.05 billion.

Earnings up 25% from previous quarter

Compared to the previous quarter, net profit was 25% higher, boosted by a recovery in wealth management and trading income. Overall business momentum was sustained.

Expenses were stable and profit before allowances was 18% higher.

Deposits were stable from the previous quarter and rose 5% from a year ago to SGD 395 billion. The liquidity coverage ratio of 137% and the net stable funding ratio of 111% were both above the regulatory requirement of 100%.

The Common Equity Tier-1 ratio rose 0.2 percentage points from the previous quarter to 14.1% as earnings accretion outpaced risk-weighted asset growth. The leverage ratio of 7.3% was more than twice the regulatory requirement of 3%.

The Board decided that, from financial year 2019, dividends will be paid four times a year, instead of two times a year, to provide shareholders with more regular income streams. The policy of paying sustainable dividends that rise progressively with earnings remains unchanged.

For the first quarter, the Board declared a dividend of SGD 30 cents per share, consistent with the previous financial year’s payout of SGD 1.20 per share. The first-quarter dividend is scheduled to be paid on 31 May 2019.

The final dividend of financial year 2018 of SGD 60 cents a share, which was approved by shareholders at the recent annual general meeting, is scheduled to be paid on 17 May 2019.

DBS CEO Piyush Gupta said, “We have had a good start to the year as business momentum was sustained and non-interest income recovered from the recent weakness. The record earnings and ROE progression demonstrate the strengthened profitability of our franchise from digitalisation, a shift towards higher-returns businesses and more nimble execution. We are well placed to continue capturing growth opportunities across the region and delivering healthy shareholder returns.” 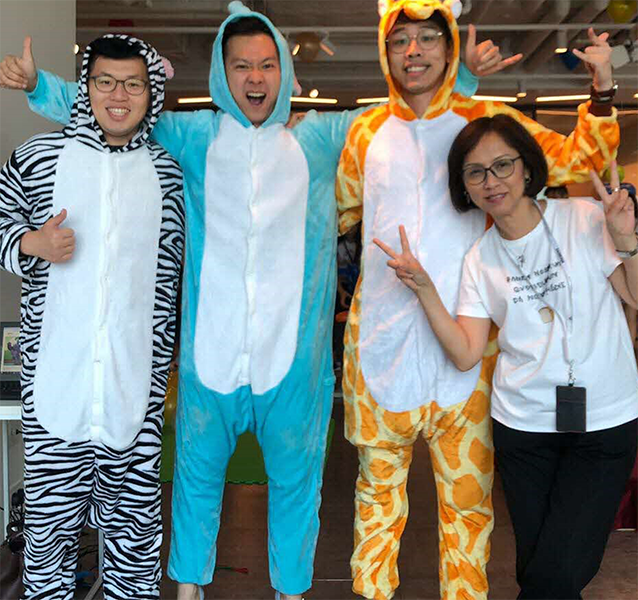 Joining the BCM team a month before the pandemic

“I thought, “Wow, is the pandemic really happening? I thought it only existed in textbooks!”