Business momentum from the record first quarter was sustained into the second quarter. Second-quarter total income rose 16% from a year ago and 4% from the previous quarter to a new high of SGD 3.71 billion. Profit before allowances grew 21% from a year ago to SGD 2.16 billion, also a new high. Net profit increased 17% to SGD 1.60 billion.

For the half year, net interest income grew 9% to SGD 4.74 billion. Loans rose 5% in constant-currency terms to SGD 350 billion, led by a 10% increase in non-trade corporate loans from broad-based activities across the region. Net interest margin increased six basis points to 1.90% in line with higher interest rates in Singapore and Hong Kong.

Other non-interest income rose 35% to SGD 1.02 billion. Trading income was 34% higher at SGD 800 million from higher gains in interest rate and foreign exchange activities. Net gain on investment securities more than tripled to SGD 184 million from a low base.

Expenses rose 8% to SGD 3.04 billion. The positive jaw resulted in a one-percentage-point improvement in the cost-income ratio to 42%. Profit before allowances increased 13% to SGD 4.22 billion.

Second-quarter earnings up 17% from year ago

For the second quarter, net profit rose 17% from a year ago to SGD 1.60 billion. A 16% increase in total income to a record SGD 3.71 billion was faster than a 9% growth in expenses, resulting in a two-percentage-point improvement in the cost-income ratio to 42%.

Other non-interest income rose 88% to SGD 513 million. Trading income increased 57% from a weak year-ago performance to SGD 357 million. Gains on investment securities quadrupled from a low base to SGD 131 million.

Net fee income rose 5% as fees from investment banking, wealth management and cards were higher. Other non-interest income was little changed at SGD 513 million as a decline in trading income was offset by higher gains on investment securities.

Expenses rose 3% and profit before allowances was 5% higher.

Asset quality remained healthy. Non-performing assets rose 3% from the previous quarter to SGD 5.82 billion as new non-performing asset formation remained low and was moderated by recoveries and write-offs. The NPL rate was unchanged from the previous quarter at 1.5%. For the first half, specific allowances amounted to SGD 369 million, up 45% from a year ago when there had been a write-back of SGD 65 million from the sale of an oil and gas support service vessel.

Deposits declined 1% in constant-currency terms from the previous quarter to SGD 391 billion as higher-cost deposits were replaced by less expensive commercial paper. The liquidity coverage ratio of 137% and the net stable funding ratio of 109% were both above the regulatory requirement of 100%.

The Common Equity Tier-1 ratio declined from 14.1% in the previous quarter to 13.6% as the payment of the final 2018 and first-quarter 2019 dividends in May and an increase in risk-weighted assets during the quarter were partially offset by retained earnings. The leverage ratio of 6.9% was more than twice the regulatory requirement of 3%.

The Board declared a second-quarter dividend of SGD 30 cents per share, unchanged from the previous quarter.

DBS CEO Piyush Gupta said, “We achieved a record half-year performance despite heightened economic uncertainty and geopolitical tensions. The results reflect the strengths of an entrenched broad-based franchise that is well placed to nimbly navigate market volatility and capture opportunities as they arise.” 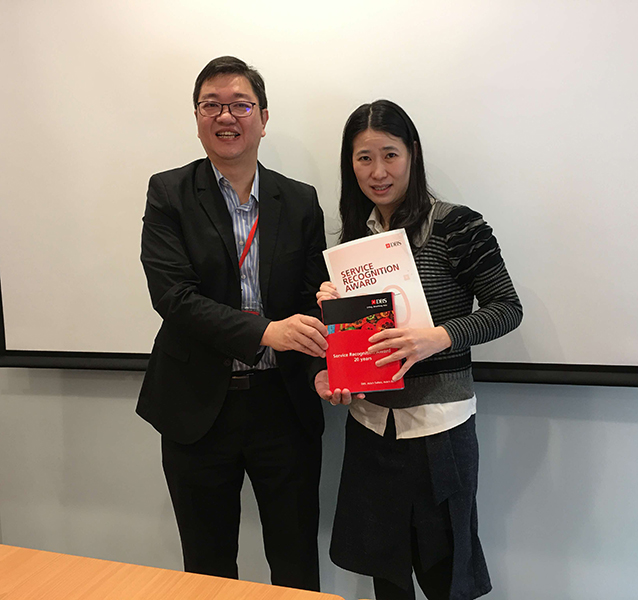 I was in my fourth year at (then) Dao Heng bank of Hong Kong when the news came.