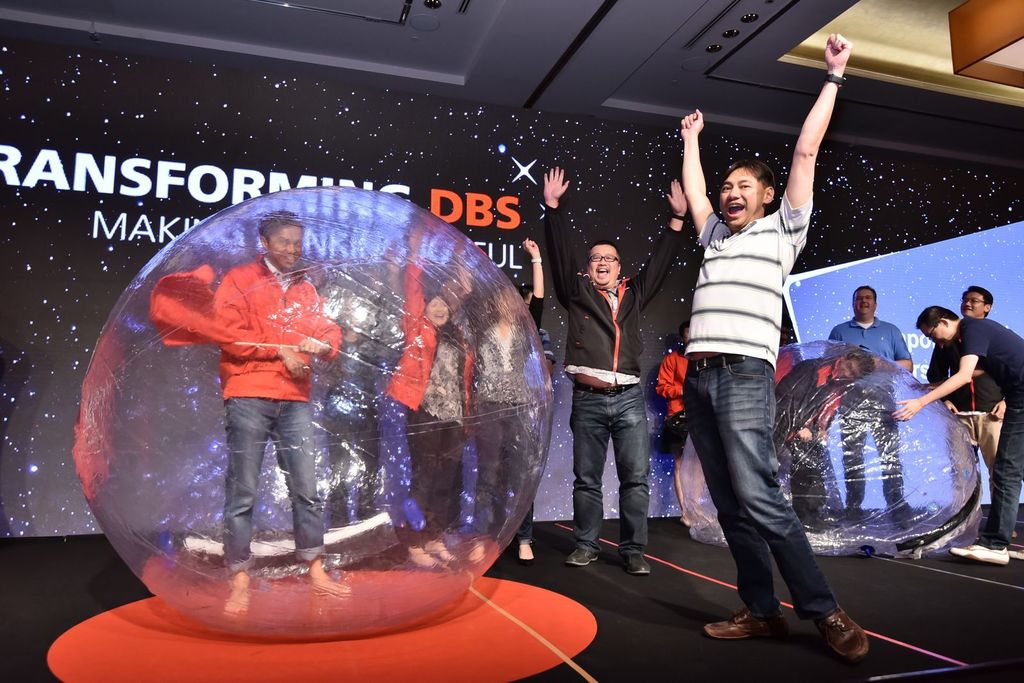 Alfian (in white) taking part at a teambuilding session at DBS

For a short period of his career at DBS, Alfian Sharifuddin had a secret second life that few at the bank knew about.

Away from the office, the current Head of Technology & Operations for Hong Kong and Mainland China had gained semi-notoriety as “alfcanada” – his gamer tag, and once one of the top Project Gotham Racing (PGR) players in Singapore.

At one point, alfcanada was so good that he was taking part in international competitions, while still working full time at DBS. In 2006, he was even invited to the Lamborghini factory in Italy to compete in a showdown against other top PGR gamers from around the world.

“I was at the peak of my gaming career, representing Asia against eight other contestants from North America and Europe,” he said. 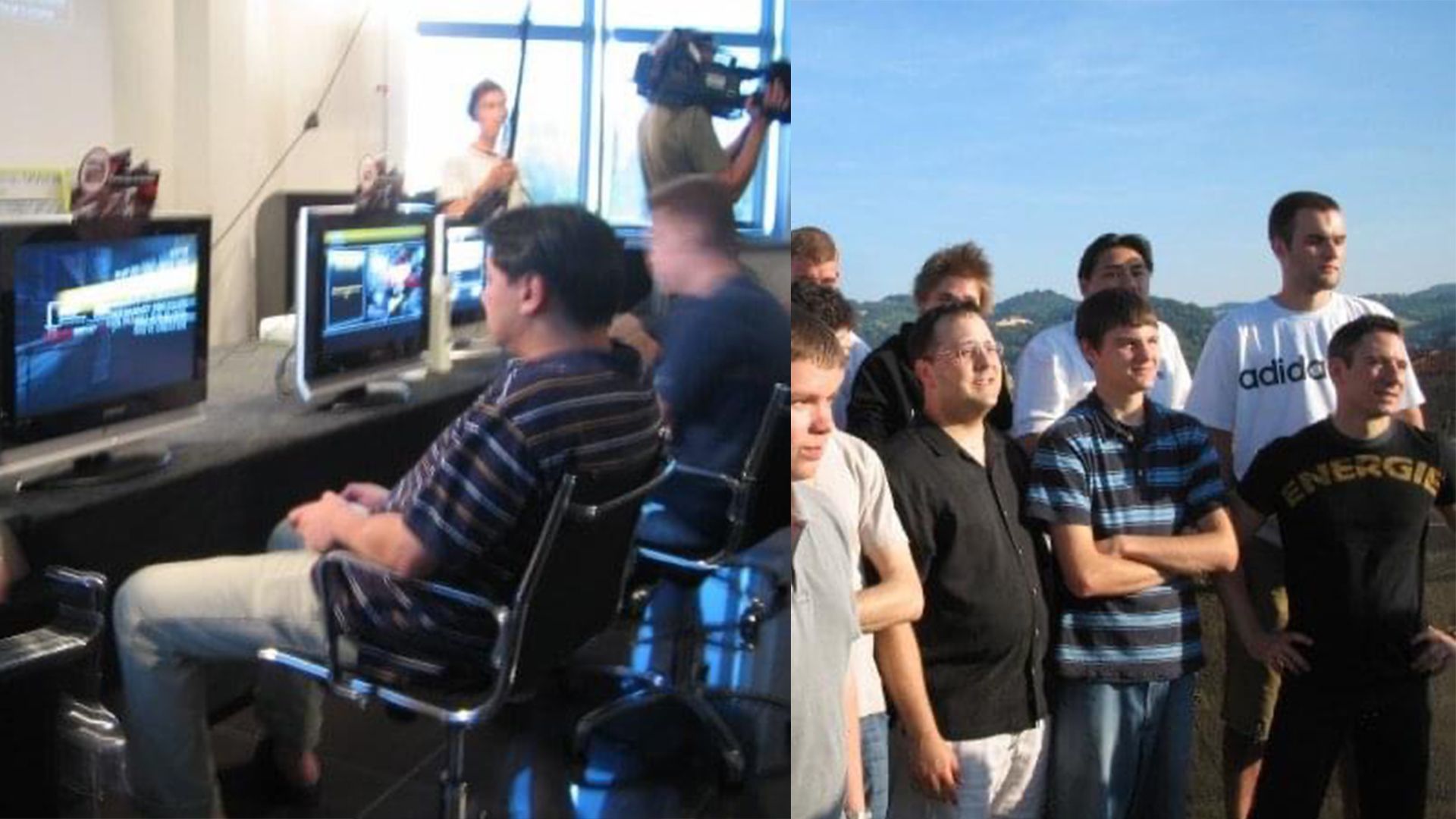 Alfian competing in the Project Gotham Racing competition in Italy

By 2006, six years after he joined the company, Alfian was already the Head of Electronic Channels for the Consumer Banking Group (CBG) at DBS Singapore. In this role, Alfian was in charge of nearly every customer’s digital touchpoint with the bank, from ATMs to call centre systems to DBS’ internet and mobile banking platforms.

Alfian’s role at DBS at the time and his love for video games, and in particular racing games, both traced their origins from Alfian’s early interests in technology and fast things.

From a young age, the self-confessed tech geek enjoyed tinkering with radio-controlled cars. He also displayed an early affinity with tech, joining the computer clubs at both Saint Joseph’s Institution and Temasek Junior College.

“I was also quite lucky because my dad was always focused on encouraging my interests and would go out of his way to get me stuff that would allow me to stretch myself,” he said.

“When I was 13, he got me a computer, and this was in the late 1980s when PCs were still not prevalent in every household. It was really fresh and new, and it just really got me excited about coding and engineering,” he added.

Later, armed with a passion to learn more about “building complicated and fast things like planes and cars”, Alfian studied mechanical engineering at the National University of Singapore (NUS). However, during an internship as a line engineer at a computer manufacturing firm, Alfian said he would find himself more intrigued by the “abstract side of engineering”, i.e. the coding and computing, rather than nuts and bolts of electrical and electronic components. “I sort of made up my mind after returning from a student exchange programme in Canada, when again I was more involved in the computing side of engineering, that ‘okay, I’m going to focus more on coding for my career’,” said the 45-year-old.

“And it was actually quite interesting because my final-year project was about artificial intelligence and machine learning, and I designed a neural network to calculate the price of making plastic moulds,” he said.

“It’s actually more complicated than most people would think. I was working with a company based in Ang Mo Kio that was making the moulds for the old Apple iMacs that were plastic on outside and were really bright and colourful. So I was creating a pricing model, based on past data, and then factoring in the complexity of the different surfaces, and their depth and the cut, so it all just got me even more excited about computing,” he added.

As fate would have it, the finance industry as a whole was in the midst of ramping up its tech hires when Alfian graduated from NUS in 2000 – a trend that continues to grow to this day. Despite having “zero knowledge” of finance, Alfian decided to take the plunge to do something completely new and different at that point.

His first project at DBS was called ACHIEVE, which was similar in function to the iWealth app of today, but using technologies from twenty years ago.

“It kind of snowballed from there, I helped launched DBS’ first public web later on, and then was asked to lead the revamp of our internet banking unit.”

Related story: From ‘running a neighbourhood shop’ to becoming head of POSB
Related story: Why managing personal finances well means so much to Evy Wee

No longer just a ‘digital guy’ 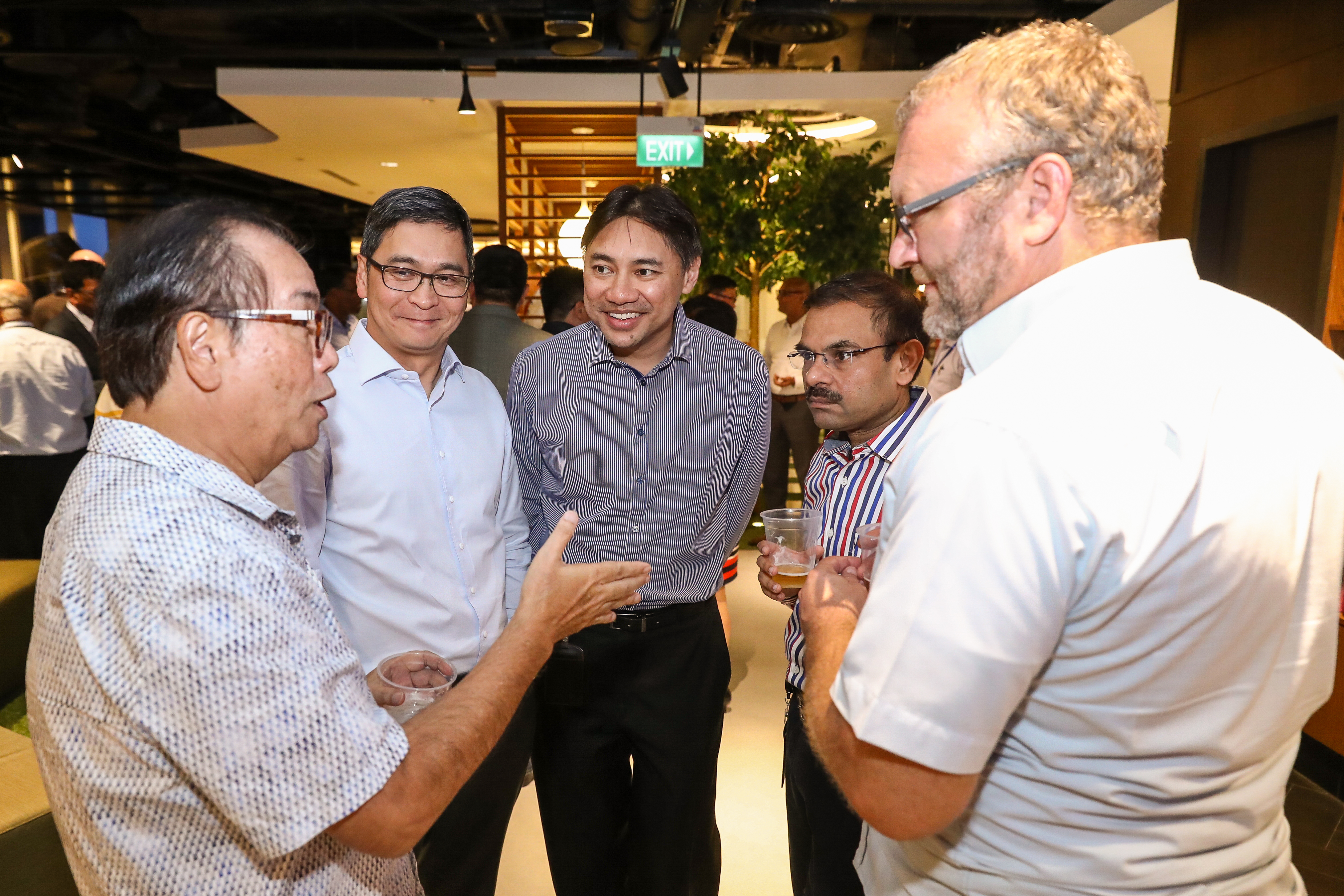 As Alfian continued to progress at DBS, he started taking on more new responsibilities and projects to build the bank’s channels technology in Singapore. One such project included building the platform to launch what was then the first iPhone-ready banking platform in Singapore.

By 2014, he was already being thought of by industry experts as a leader in the finance industry, as demonstrated when he was given The Asian Banker – Promising Young Banker award.

However, around 2015, just as Alfian was promoted to the rank of Managing Director, he was suddenly confronted with a new challenge.

“I had a new boss come in, and he said ‘you know what? You’ve been only doing this channels thing for the last few years, you’re kind of only a digital tech guy, I think you need to have more breadth to grow your career’.

“So I was kind of nervous, but I decided to say, ‘okay, I’ll leave my career and life in your hands, please take care of me’.”

Alfian took on the newly created role of Head of Consumer Banking Technology for Singapore, which would essentially encompass all aspects of technology that the group used, from core banking to finance systems and even the marketing tools. He was also responsible for defining the group’s technology strategy and roadmap, while ensuring the operational stability of all its platforms.

But Alfian’s career path did not end there. In fact, he was quite literally about to take a journey. Barely a year later, he was asked if he was interested to take up the role of Head of Technology and Operations in DBS India. There, Alfian would not just be in charge of the bank’s technology, but also handle parts of the day-to-day operations of the bank, like setting up branches and also launching the wholly-owned subsidiary.

“I was travelling to 29 cities across India, choosing the real estate for the branch locations, which meant studying the city’s important intersections, understanding the traffic… the challenges and the thrills, and all the things I got to see were all pretty unbelievable at that point,” he said.

Life on the road 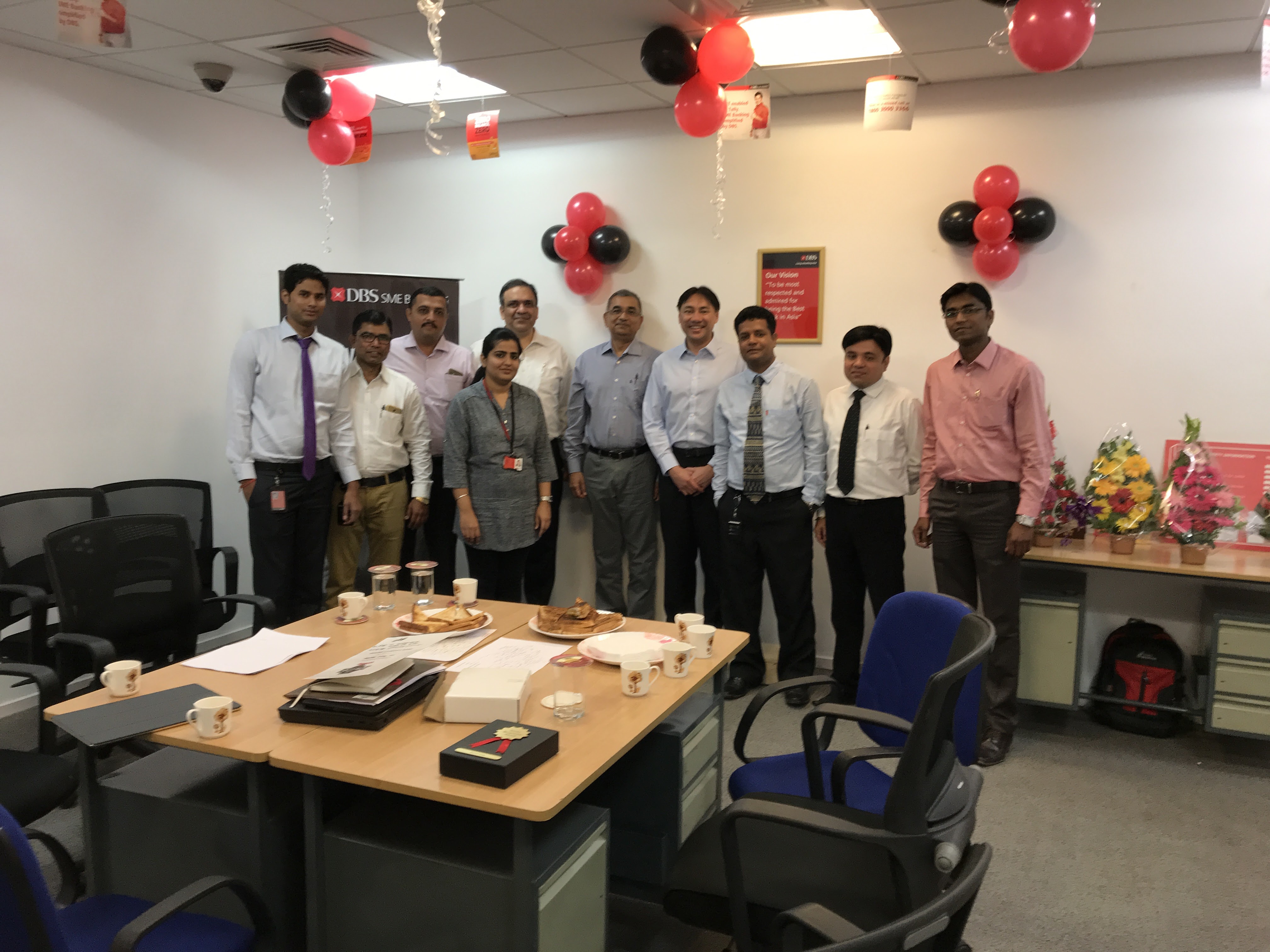 Alfian (4th from right) with other colleagues at DBS India

Despite all the excitement surrounding working overseas, with new sights and an entirely new culture, Alfian admits that he felt a bit lonely at the beginning, with his wife only joining him in India after six months.

“For her, work is important and she didn’t want to give up her job here. Fortunately, the company was kind enough to allow me to travel back to Singapore at least once a month to see my wife and family, and later find her a job at a branch location in Mumbai.

“I think having spent so much time alone in India, I also grew to appreciate what I had in Singapore a lot more – namely my wife and my family. There is no substitute for what can you learn while overseas, from learning the culture and the way others work and taking on new challenges, but I think the sacrifices are huge too.

“Which is why now I kind of fully understand why many people back then, during pre-Covid days, did the whole ‘road warrior’ thing where they will shuttle between Singapore and working in Jakarta or Hong Kong or Taiwan, because being without your family for an extended period of time is not easy, and it was one of the happiest days of my time in India when my wife came over and joined me.”

Amid the Covid-19 pandemic, Alfian who moved with his wife to Hong Kong in 2019, has not been back to Singapore to see his family for months.

“I just feel very lucky to have my wife with me here as a family unit; and with all these video tools today, it can alleviate some of the emotional pining for home.

“Of course Zoom or WebEx or Facetime can never beat the physical presence of a hug or a handshake, but I’ve grown to really appreciate the visual cues you get from another person, a raised eyebrow, a frown or a tear, which can tell so much than just a voice on the phone,” he said.

“In truth, my wife and I are suffering a bit not being to go home yet, but we count our lucky stars that we are together. As long as we are together, we can be anywhere in the world.”

On leadership and personal values 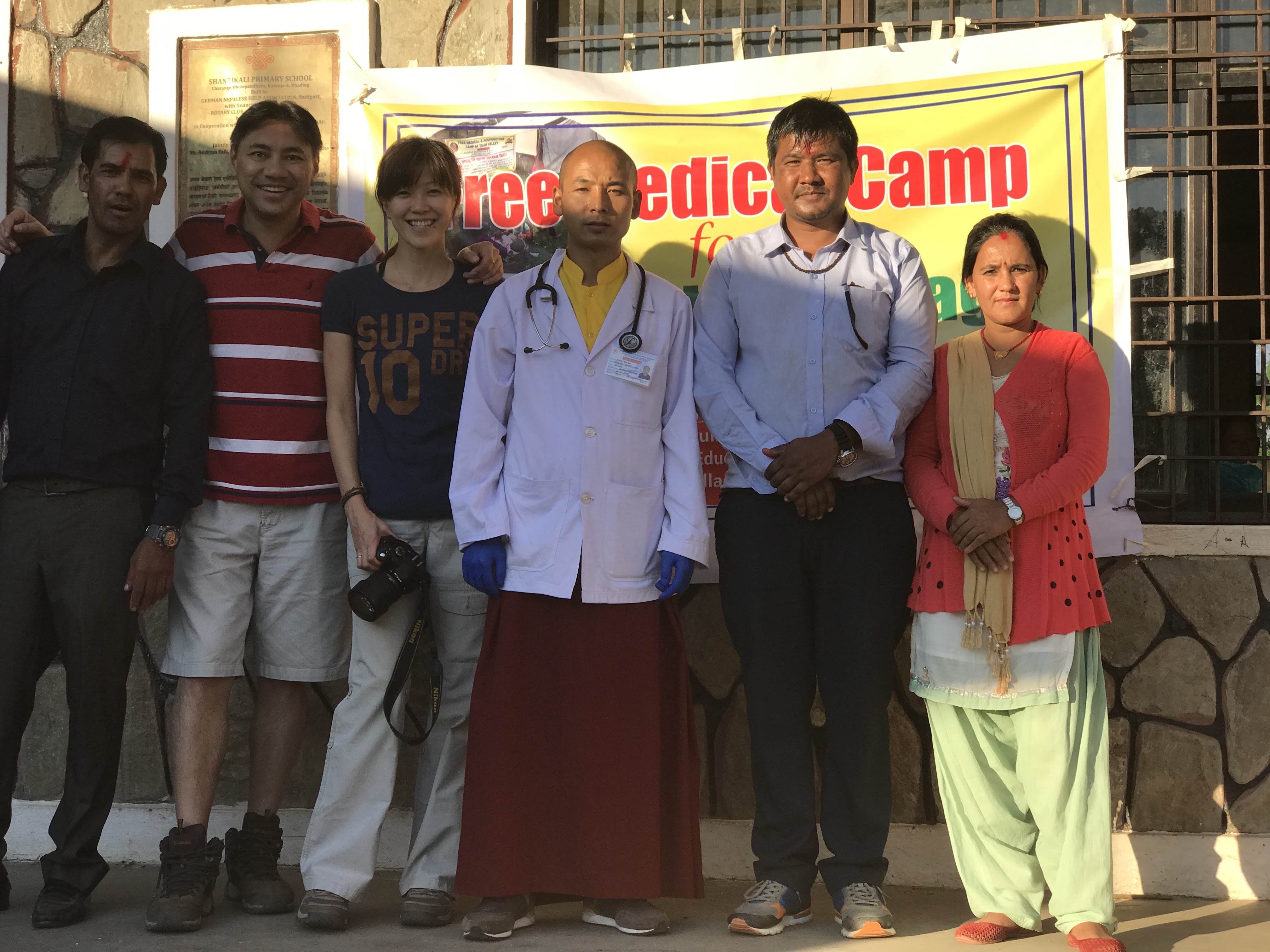 Alfian (second from left) with his wife Sarah in Nepal

Alfian and his wife met while both were students in Canada. He credits his wife for some of the values he holds now, especially in his personal life.

In 2015, Alfian and his wife flew to Nepal to distribute relief aid and medical supplies to those affected by the earthquake.

“My wife is a big champion of these initiatives because she’s always felt that as Singaporeans we’ve been very blessed with good infrastructure, and thus we’ve got a lot opportunities, if we put our minds and hearts into it, to do good for not just ourselves and our families, but for others around us.

“She started a project in Singapore called Project 100 Homes, which aims to help rebuild earthquake-resistant homes in Nepal. And we got our friends, our family members, and even got some people from DBS to be involved. And I think we managed to rebuild about 80 homes now,” he said. 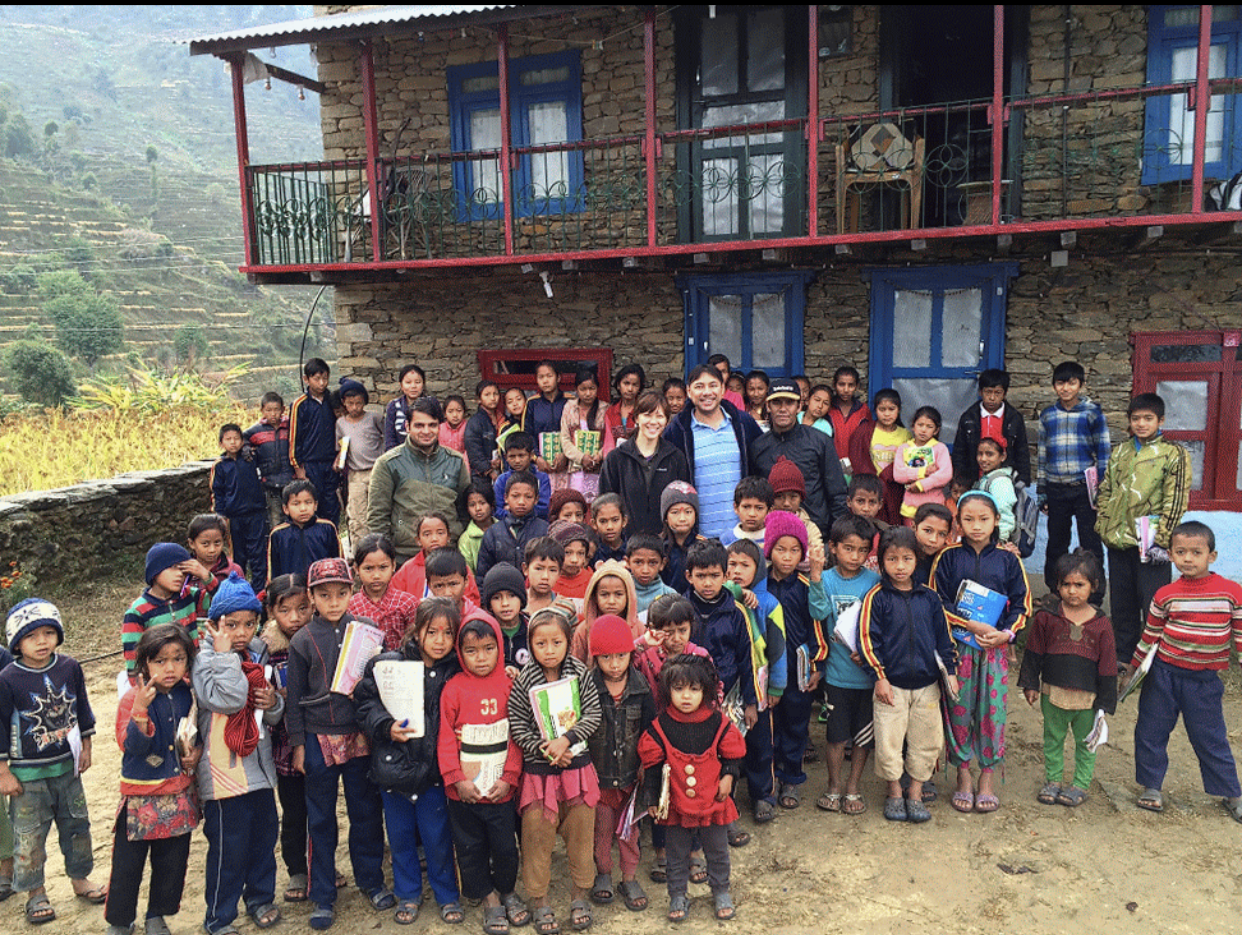 This concept of caring for others has also permeated into Alfian’s working life. As a leader, Alfian believes the most values to have are honesty, integrity, trust and loyalty.

“When you’re building or leading a team, I think you need to have all four of these values right? Because you’re essentially putting your life, your career in the hands of someone else, no matter their rank.

“To me, it’s very important, especially when you join a new team, to spend time learning about the team, and not just come in all guns blazing and try to impose your culture.

“As a leader, you’ve also got to show some humility, and adapt to others, because we as human beings are all just on a constantly learning experience,” he said.

Despite all the challenges he’s faced while overseas – in his first year in Hong Kong, he has already had to deal with the Covid-19 pandemic, operational contingencies amid the protests, and liaising with the Singapore Consulate-General when a shop next to a DBS branch was set on fire – Alfian still recommends any Singaporean to work abroad if given the opportunity.

“I think in today’s day and age, it’s almost expected that the office is going to be very diverse.

So when you get exposure overseas, you naturally pick up the ability to work with different groups of people, and very rapidly you learn how to deal with or manage a diverse group of people. Then, you know, you will be an individual with a different depth of thinking.

“My time in India was for instance some of the best years of my career. I think Singaporeans should kick out any preconceptions about working in countries like India for instance. Just be prepared, be excited to go on an adventure, because it’s definitely going to be worth your while.”

This story is part of a series covering the personal journeys of DBS employees who have grown and developed at the bank. Read the first two stories in the links below:

From ‘running a neighbourhood shop’ to becoming head of POSB: Susan’s story

Why managing personal finances well means so much to Evy Wee