hello
This entrepreneur is stopping food waste while doing good

BY JUDITH TAN, FIRST PUBLISHED IN THE STRAITS TIMES, 07 DEC 2020 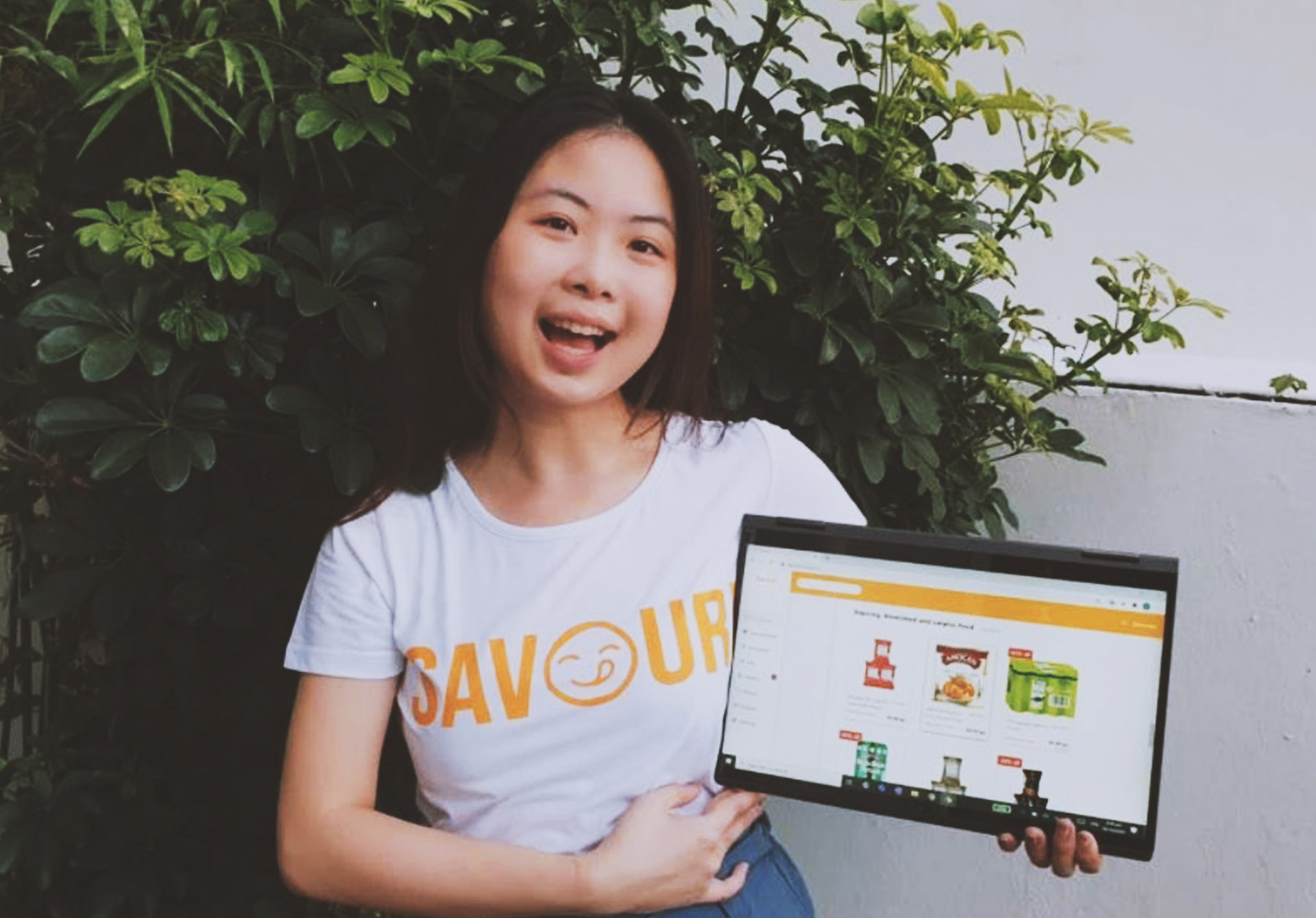 To date, Savour! has over 1,000 platform listings and about 140 merchants and B2B customers, says Ms Katrina Lee, co-founder of Savour!.PHOTO: KATRINA LEE

How did the issue of food waste in Singapore first catch your attention?

Food insecurity was what I witnessed when I volunteered with community service clubs and non-profit organisations to distribute rations to low-income households. I noticed that the beneficiaries did not want some of the donated items such as canned food and instant noodles - staples which most of them already had. While working part-time in F&B, I also saw how restaurants and food kiosks threw away perfectly edible food by the bulk at the end of the day as it was more convenient than reselling or donating it. Thia piqued my interest in the issue.

How did you come up with the idea for Savour!?

I started out with a rough idea of wanting to create a solution, both efficient and effective, to reallocate food waste to help the needy. It pivoted around today's Savour!, a one-stop B2B e-commerce marketplace website and mobile app that connects retailers and importers to other companies and non-profit organisations to procure regular, expiring, blemished and surplus food at corporate, bulk or charity discounts to cut food waste. We also help charities and schools get in-kind sponsorships for their operations, programmes and events.

What are some of the challenges you faced and how did you overcome them?

One of the biggest challenges was getting buy-in from the first merchant and customer. As a student entrepreneur, I merely had an idea, making it difficult to convince established businesses. I started by cold-calling potential customers and merchants. I sent emails to 100 merchants seeking partnerships, but only one replied. Many small- and medium-sized enterprises had not heard about sustainability. We spent a long time trying to convince them of the benefits of reducing food waste through the platform to recoup costs and clear inventory. I guess my persistence paid off and after about a year, Savour! was officially launched in August.

So why harness technology instead of gathering a group of volunteers to do the job?

There are currently many established and large food rescue groups in Singapore and I learnt that they have many inefficiencies in the manual processes. These, I felt, can be made more effective with technology, especially since time is of the essence for expiring, blemished and surplus food. Savour! allows our B2B customers easy access to the available products with just a few clicks.

How far has Savour! grown?

To date, Savour! has over 1,000 platform listings and about 140 merchants and B2B customers. They include restaurant Grain and Bakery Cuisine, non-profit organisations like Beyond Social Services and Salvation Army, and student groups such as the NUS Students' Community Service Club and NUS Students' Business Club. We are currently collaborating with the National Volunteer & Philanthropy Centre (NVPC), National Council of Social Service (NCSS) and National Youth Council (NYC) to raise awareness of and interest in Savour! among their members.

What's in the future for you and Savour!?

Savour! has expanded its offerings from expiring, blemished and surplus food to include regular food, corporate gifts, and office supplies made from recyclable and bio-degradable products. We continuously improve our features to provide the best user experience in the near future. Savour! is also raising awareness of food waste and food insecurity among the general public through education, marketing campaigns and webinars.

More on this topic: The beauty of ugly food