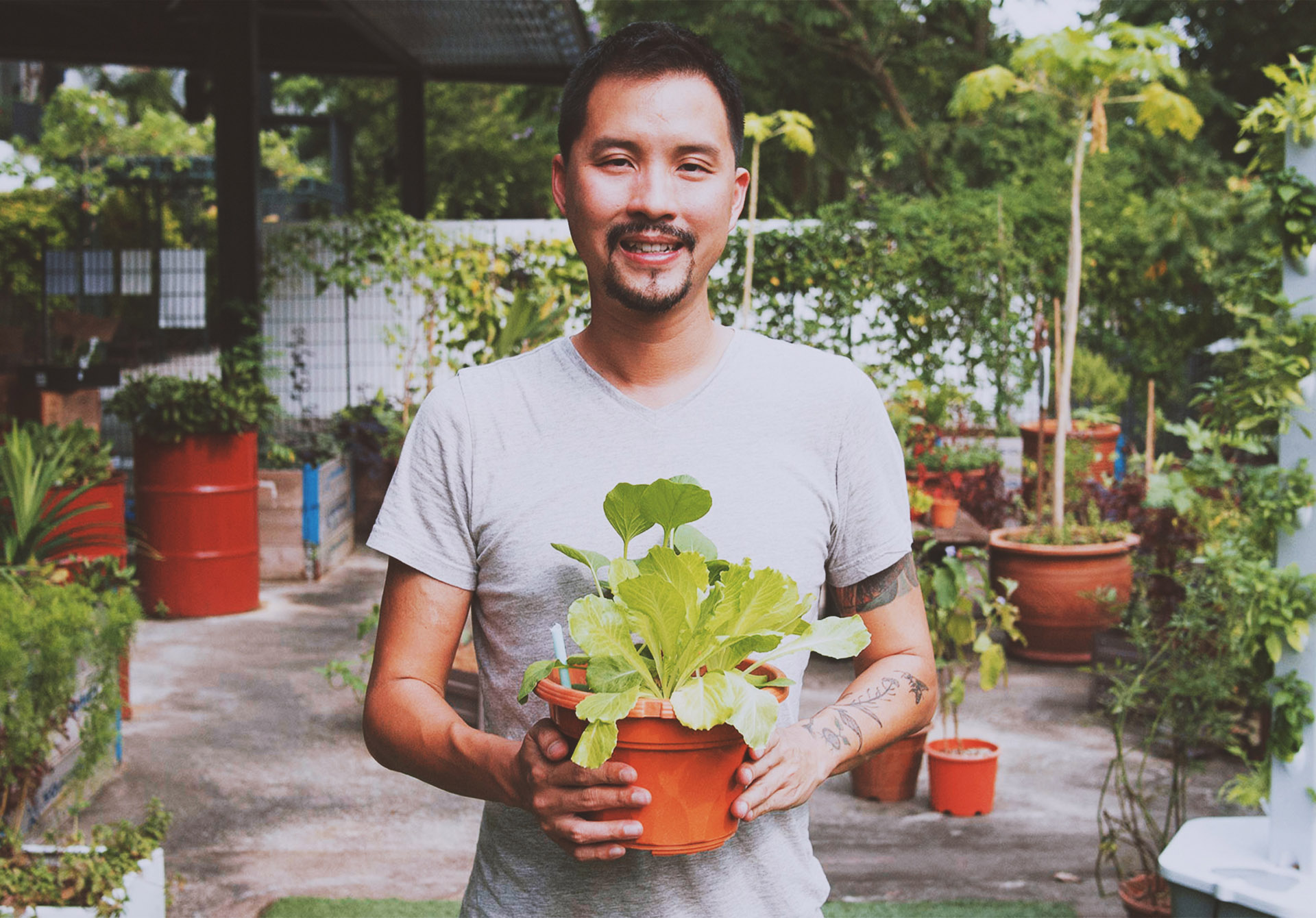 How everyday people are changing our world

Co-founder of Edible Garden City Bjorn Low first became interested in agriculture in London, where he was working at an advertising firm. The lively Camden area where he lived in ignited his passion for gardening and started him thinking about growing his own food.

After leaving his job, Bjorn and his wife joined the World Wide Opportunities on Organic Farms international volunteer network and worked on organic farms in places such as Spain, Scotland and Japan for about four years.

The simple life appealed to him. Bjorn was also influenced by the late British ecological writer John Seymour, who advocated living as close to nature as possible and being able to produce enough food on one acre (0.4ha) of land for a family of four.

On his return to Singapore, Bjorn started Edible Gardens in 2012, with former landscape designer Robert Pearce, with the goal to improve local sustainability in food production. The outfit was renamed Edible Garden City in 2014.

An ordinary guy with an extraordinary life goal, Bjorn aims to change the Singaporean mindset about farming with this grow-your-own-food movement that integrates urban farming into the cityscape and uses it as a community-building tool.

The DBS Foundation was essential in helping Edible Garden City create a conducive working environment for all their staff. The grant awarded to them in 2017 helped expand their microgreens operations and shore up productivity.

Composting is a natural process of recycling organic material into compost, a rich soil conditioner. It is inexpensive and easy to adopt.

Composting does so much for the Earth. There are simply no reasons why we shouldn't start doing it with our food leftovers.

Here are 5 simple steps to composting:

1. Select a dry, shady spot near a water source - buy a bin or isolate an area of ground for your compost heap.

3. Keep the compost moist (but not too wet).

5. Note that the pile will get warm as materials break down - when mixture turns dark with no remnants, add it to your garden soil!