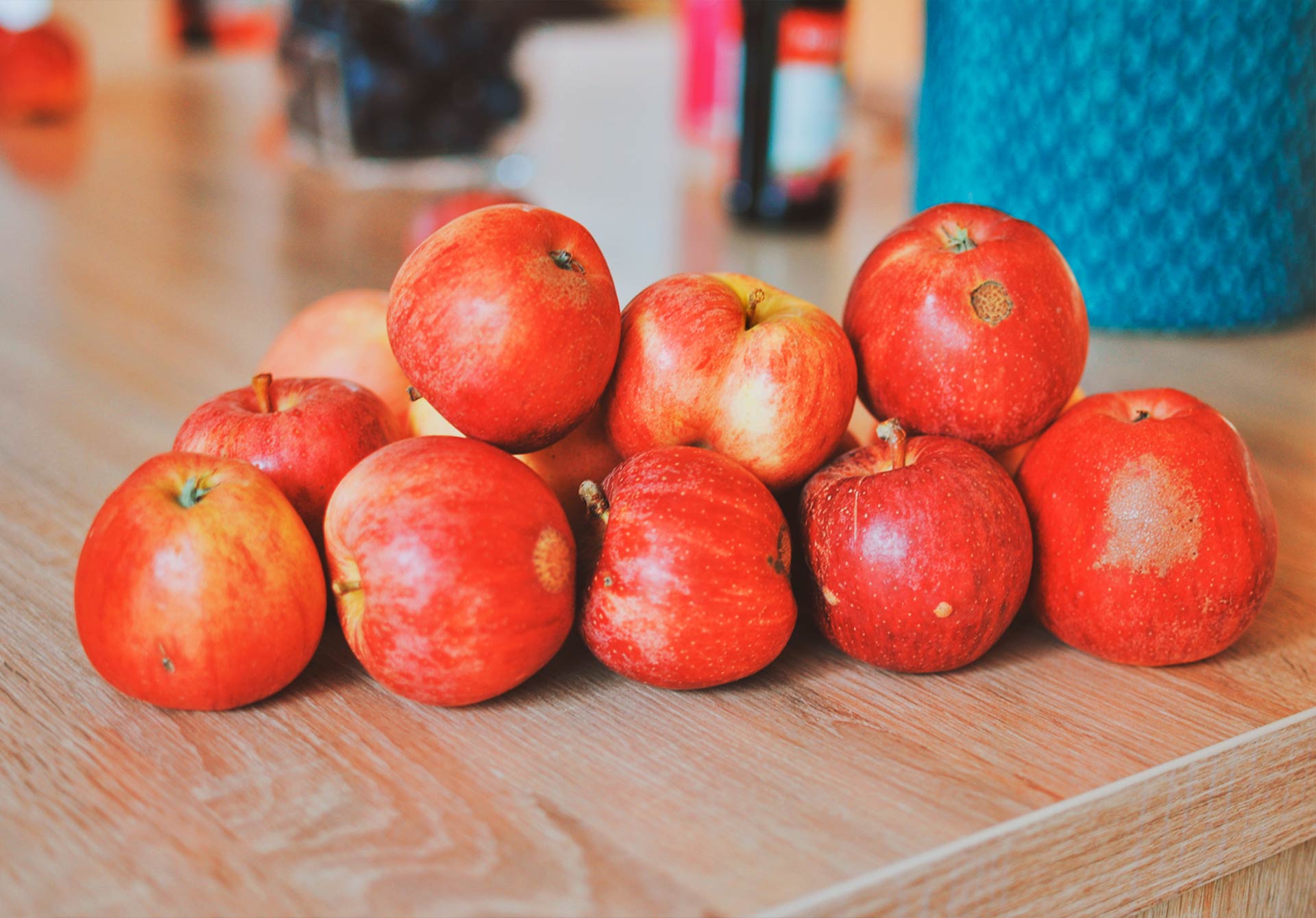 When you shop for fresh fruits and vegetables at the grocery store, do you avoid those with bruised skins? Do looks really matter when it comes to choosing produce?

“Not necessarily,” according to UglyFood, a social enterprise supported by DBS Foundation.

Some produce are just “naturally ugly-looking”, says UglyFood co-founder Yeo Pei Shan. “At the farm level, some things just don’t go a certain way (in terms of) size or shape. Those are considered ugly, because they fall short of the industrial standards.”

In other cases, the produce gets bruised during transport. “A lot of the food that we receive is often imported, and it’s a long way for transportation. Along the way, the items could knock against each other, and that causes bruises.”

“These less perfect items usually get left on the shelf, and after a while, are deemed unsellable anymore. They get thrown away, which is pity,” she adds.

It is estimated that a third of the world’s food is wasted or lost annually – food that could feed three billion people. These staggering numbers have fuelled the social enterprise’s mission to prevent food wastage by selling produce that typically gets neglected, commonly known as “ugly food”.

So, how do we know whether blemished fruits and vegetables are still edible? Here’s what UglyFood says.

“In terms of hard produce, we’re talking about (fruits like) apples and oranges. They’re very hard. Cucumbers too, (or those with) thick skin or hard flesh. They are sturdier against blemishes. Even if you drop them on the ground, nothing will happen to them.

More or less, when you see that such produce has blemishes, it is still relatively safe to consume. If there are cuts on it, that is also fine, unless it’s very exposed. Then, it’s not so safe to consume.”

“Types of soft fresh produce (include) berries, mangoes, bananas and leafy vegetables, because they are all very fragile. If there are blemishes, aside from using your sight, you also need to use your sense of smell.

If they smell sweet, that means they are still fine. If they have an alcoholic or fermented smell, then the bacteria have converted the sugar into alcohol, which is unsafe to consume.”

How to keep produce fresh for longer

“Ethylene gas is naturally produced by fresh produce, and it will quicken the ripening process. If you want to store fresh produce, you need to make sure that ethylene is not trapped.

For vegetables like celery, you can use aluminium foil. This allows the ethylene to pass through while allowing the celery to stay hardy, because the moisture within the vegetable does not leave.

Vegetables tend to dry out very fast, so you need to wrap them in newspaper, or any spare paper.”

Use this concept to help plan your meals better. So, if you want to keep the produce for longer, just separate them in different compartments.”

“Berries go mouldy very easily. When you purchase berries, check if there are any blemished ones. Consume those immediately. For the remaining ones, put them in a vinegar solution. Mix a bit of vinegar in water, (which will) kill any spores that are present. After that, you can take them out to dry, and keep them in the fridge or freezer.”

“Since we started, there have been more awareness on this issue, and more people are embracing the idea of ugly food.”

But there is still “much to be done”, and the team’s next steps include holding more talks and interactive workshops to further educate the public.

Says Pei Shan, “We strongly believe that with more understanding about these different issues, it can translate to changing mindsets.”