Beefing up protein intake for seniors 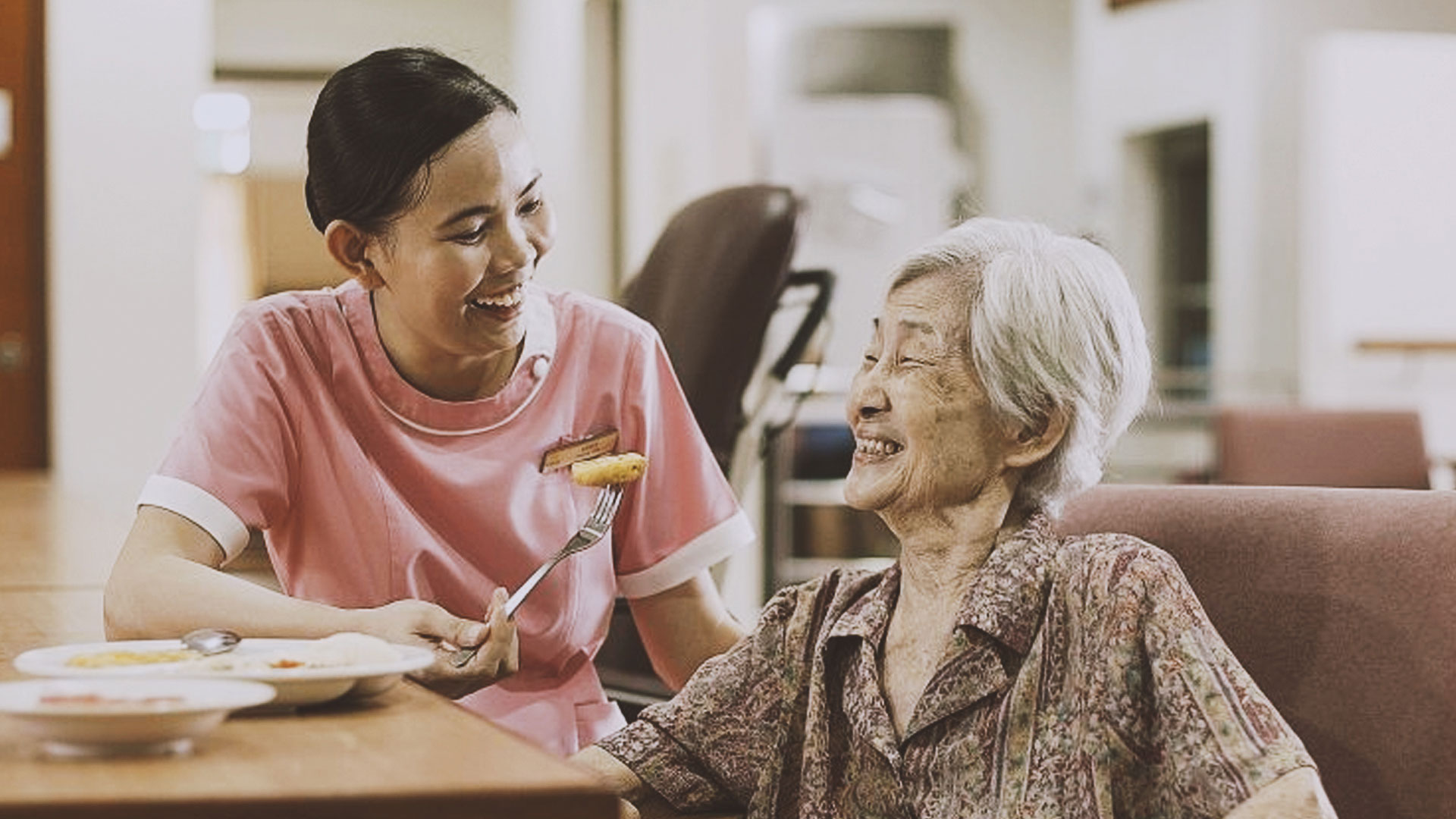 Senior citizens need to eat more protein-rich food than younger adults, but that is not happening in many countries around the world, including Singapore.

This is not news to Ms Chinnayan Jayanthi, who has been working as a dietitian at the Orange Valley nursing homes for the past 10 years.

The meals (above) at Orange Valley are tailored to the nutritional needs of its elderly residents. A typical well-rounded meal may consist of rice noodles with fish cake and prawns with a serving of fruit. The elderly require more protein-rich food than younger adults to maintain bone and muscle health. PHOTOS: ORANGE VALLEY

She is tasked with creating the meals for its residents, many of whom are in their 60s and 70s.

The older one gets, the more muscles one loses, with the losses getting more drastic after 65.

Protein is needed to maintain bone health. "So for the elderly, they are more prone to fractures and infections, which is why they need more protein," she says.

Studies by the Health Promotion Board (HPB) show that a person starts losing height and weight from the age of 40 and a poor diet, coupled with a sedentary lifestyle, leads to low muscle mass, poor muscle strength and low physical performance. The result is a risk of falling.

In Singapore, one in five adults aged 65 and older falls every year, with the risk increasing exponentially the older one is.

The problem, however, is that many elderly people are not consuming enough protein for a variety of reasons.

Studies by the Health Promotion Board show that a person starts losing height and weight from the age of 40 and a poor diet, coupled with a sedentary lifestyle, leads to low muscle mass, poor muscle strength and low physical performance.

What is true is that elderly people need to consume fewer calories because their metabolism slows down as they age.

Ms Shania Khialani, 34, a dietitian with Mount Alvernia Hospital, says that is why older people tend to gain weight around the waist. The extra fat also results in a higher risk of chronic diseases.

While it may seem contradictory that one needs more protein while cutting down calories, she says it is about choosing nutrient-dense food over junk food, desserts and alcoholic drinks, which are high in calories.

Another thing to consider is that protein is best consumed over three meals in a day, rather than in one sitting, says Ms Melissa Koh, 36, a nutritionist with the HPB.

Ms Jayanthi adds: "If you take too much at one go, the digestive system doesn't store the excess. If it's too little, you can't derive enough essential amino acids."

Ideally, the protein intake for an elderly person of average build should be 20g to 25g a meal. This is equivalent to a palm-size piece of cooked fish or lean meat, two pieces of canned sardines, two glasses of milk or soya milk, or two to three eggs. Vegetable sources include a packet of tofu or a small bowl of cooked lentils or chopped tempeh.

Noting that many elderly people enjoy drinks made with three-in-one powders, she recommends mixing the powders with milk or soya milk instead of water - a simple step which makes an impact.

Protein-rich food is often high in calcium as well, which is essential for slowing down bone loss, she says. And vegetarian options, such as lentils and beans, also provide fibre, which aids sugar control.

According to Ms Khialani, fibre is important as constipation is more common among the elderly. She recommends eating nutrient-dense vegetables such as broccoli, lentils, brown rice, cooked rolled oats and fruit such as apples and bananas.

She also recommends food high in vitamins B12 and D. These include fish, chicken and dairy products - all of which are good sources of protein as well.

The good news is the HPB is working with food manufacturers to come up with items such as fish cake fortified with protein and calcium, as well as protein-enriched soon kueh, which will be launched in the middle of the year.

Convenience foods are a big part of elderly diets, says Ms Koh, so it is necessary to make processed food offerings healthier.

"Enriching biscuits with protein, even if it's in incremental amounts, makes a difference," she notes.

The meals at Orange Valley are tailored to the nutritional needs of its elderly residents. A typical well-rounded meal (above) may consist of rice noodles with fish cake and prawns with a serving of fruit. The elderly require more protein-rich food than younger adults to maintain bone and muscle health. PHOTOS: ORANGE VALLEY

Ms Jayanthi has another concern about the food served at Orange Valley. The elderly have weaker immune systems, she said, so food safety and hygiene are a priority for her.

"Food must be served hot so our residents don't get infected with gastroenteritis, for example. Once they are infected, it's very hard to build up their immune system again."

When food gets cold, bacteria starts to multiply, she notes.

Her advice is to opt for steamed items because bacteria is killed in the 100 deg C heat, whereas roasted or grilled items may not be thoroughly cooked.

She also uses more natural condiments and spices such as ginger and garlic for flavour in place of sauces, to reduce the salt level.

Hydration is another issue.

Ms Jayanthi says: "The elderly don't like to drink water maybe because they suffer from incontinence or they do not like going to the toilet because they're afraid of falling down. But they need to flush out toxins, so we flavour the drinks and serve them barley water or chamomile tea."