hello
Young and caring for the wild

Young and caring for the wild

BY VENESSA LEE, FIRST PUBLISHED IN THE STRAITS TIMES, 11 AUG 2019 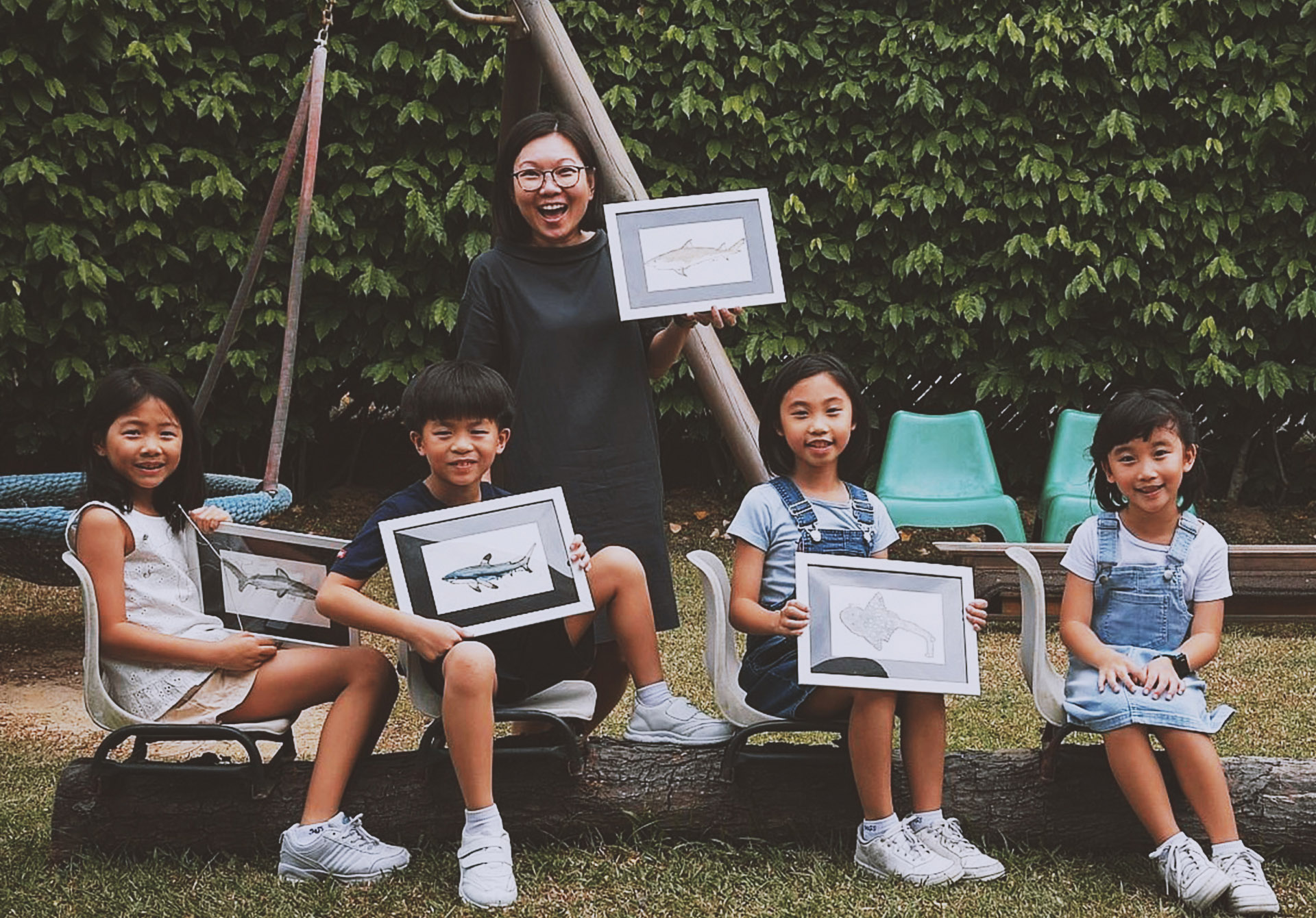 More wildlife conservation programmes for children have sprung up, empowering young people to make a change

The all-too-familiar strains of Baby Shark - albeit a reworked version of the viral children's song - are emanating from a video. Besides singing children, it features stop-motion animation using pictures of different kinds of sharks, which were painted by these pre-schoolers.

Produced by kindergarten pupils and their teacher at EtonHouse Pre-School in Vanda Road two years ago, the video was part of WWF-Singapore's anti-shark fin campaign on social media last year.

One of the children involved, Lily Huang, now seven, still remembers what she learnt from the project. "We shouldn't kill sharks because they are important to the environment," says the Primary 2 pupil.

More wildlife programmes, aimed at empowering children to protect the environment, have sprung up in recent years, from those educating people to say no to shark's fin soup to saving the Malayan tiger.

The trend is fuelled by reports of human-wildlife encounters, industry insiders say.

Talk to children about wildlife

Animals have families too

"The surge in demand is because wildlife issues are being discussed more these days in mainstream and social media," he adds, citing roadkill incidents and snake sightings.

As a result of this growing awareness, he says, many schools have been approaching Acres for educational workshops, talks and visits, while parents also want their children to learn more about native animals.

Last year, there were at least three reported incidents of wild sambar deer dying after being hit by vehicles in the Mandai Road area.

In January this year, a 3m-long python drew a crowd of shocked passers-by when it was sighted at Tang Plaza in Orchard Road.

Since 2013, through its Eco-Schools programme, WWF-Singapore, which is part of World Wide Fund for Nature's (WWF) global network, has reached out to 100,000 students each year, in pre-schools, primary and secondary schools, as well as three ITE (Institute of Technical Education) campuses.

Eco-education is no longer optional for this generation of young people, says Ms Venkatesh.

"Environmental education is no longer a 'good to have' for youth. They have a real stake in the world that they are about to inherit and are speaking out louder than the world leaders of today on critical environmental issues," she says.

Swedish teenager Greta Thunberg, 16, has been in the news for speaking out about the need for urgent action to combat climate change.

In urban Singapore, where some are uncomfortable with nature, introducing children to wildlife can be a gateway to teaching them about related environmental issues.

Ms Teresa Teo Guttensohn, president and co-founder of Cicada Tree Eco-Place, which focuses on environmental education, has seen primary school-aged children who "scream when they see a butterfly".

Getting children to learn about flora and fauna should be "through direct interaction", she says. "It promotes conservation of our local biodiversity, which has something to do with how we live."

People in Singapore use about 2.2 million straws daily, according to a study last year. Such plastics can end up in the sea, affecting turtles that ingest them.

At an overnight camp at Pulau Ubin organised by Cicada Tree Eco-Place during the June school holidays, Ms Wang Shan Shan's three children - especially her youngest, seven-year-old daughter - were thrilled to look for birds' nests, snakes and eagles on their guided visit. "We may not be aware that Singapore has a lot of nature and wildlife. It creates awareness and helps us be more eco-conscious," says Ms Wang, 45.

In a 2015 photo of a trip organised by Cicada Tree Eco-Place, a family of wild pigs was spotted taking a mid-day snooze at Chek Jawa, Pulau Ubin.PHOTO: CICADA TREE ECO-PLACE

Besides cultivating habits such as recycling, their family is aiming to cut down on food waste, says Ms Wang, who works in banking.

Some new conservation groups are focusing not on local wildlife, but more exotic creatures.

Singapore Wildcat Action Group (Swag), founded early this year, promotes awareness of wildcats and raises funds to save the Malayan tiger, a sub-species.

Fewer than 4,000 tigers remain in the wild globally and there are fewer than 200 wild tigers in peninsular Malaysia. Poaching, habitat loss and the illegal wildlife trade drive this decline.

Besides launching two children's books on Little Tiger and his adventures next month, Swag coordinates trips for families with children as young as six to Sungai Yu Tiger Corridor, a narrow stretch of forest that borders Taman Negara National Park in Pahang, Malaysia. This Saving Tigers Together Family Outreach programme is organised by Mycat, a Malaysia-based alliance of groups focused on tiger conservation.

In the Saving Tigers Together Family Outreach programme, children and teens up to 17 years old travel to forested areas in Pahang, Malaysia, to spot signs of poaching. PHOTO: VILMA D'ROZARIO

Two of these trips have been organised so far, during the March and June holidays this year, says Dr Vilma D'Rozario, a director at Swag.

These trips, which involve wildlife officials and local orang asli guides, are aimed at deterring poachers and removing animal traps and snares. Participants can catch a glimpse of wildlife such as hornbills, leopard cats and common palm civets, says Dr D'Rozario, who has seen prints left by sun bears, elephants and tapirs in the forests of Pahang.

Learning to protect an apex predator like the critically endangered tiger teaches young people and families about the interlinked web of conservation, says Dr D'Rozario.

The extinction of such a predator at the top of the food chain would impact the number of tiger prey such as sambar deer and wild boars, and disrupt the entire eco-system as the forest is a water catchment area for humans. "Understanding wildlife and their habitats is knowledge that can be related back to Singapore. For example, we don't throw rubbish into drains that go into the sea," says Dr D'Rozario.

Secondary 1 student Sumayyah Mohd Zaki comes from an outdoorsy family. With her parents, she has hiked in places such as Nepal and Mount Kinabalu and dived in Tioman and the Maldives.

But the outdoor adventure presented by the Saving Tigers Together Family Outreach trip, which the only child took with her parents in March, was different.

"The aim was not for a personal cause. When you're diving, you want to see the different types of rays and sharks. When you're climbing a mountain, your aim is to reach the summit," says Sumayyah, 13.

"Here, you don't know where your conservation efforts will lead. You have to work hard and persevere. But you know the tigers are safer when you're supporting such anti-poaching efforts."