These older buildings in Singapore have gotten an eco-friendly makeover 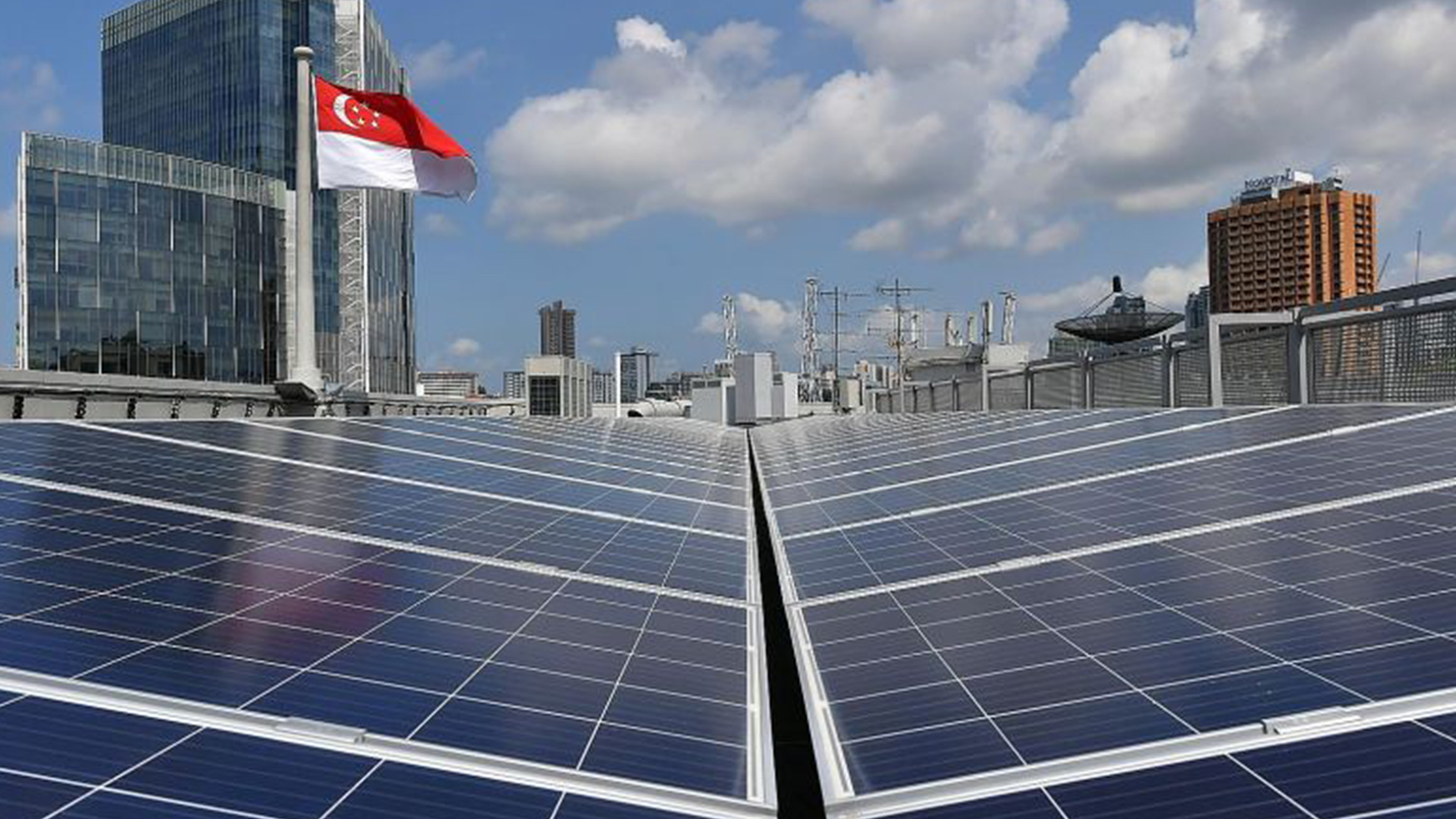 The Old Hill Street Police Station, the National Library and the Esplanade are turning to green solutions to keep utility costs down

Tucked on the roof of the 85-year-old Old Hill Street Police Station are 21/2 rows of solar panels. Mr Jason Wee, 49, is pleased as punch about these devices, which were switched on at the home of the Ministry of Communications and Information (MCI) recently.

The deputy director, facilities management, corporate development division, has been coveting solar panels for a long time: "But the cost was too high. In the last five years, the cost has come down tremendously."

The panels will help cover about 2 per cent of the building's power consumption, which may not sound like much, but every bit helps when it comes to energy consumption. As much as he would like to add more panels, he faces a physical constraint - the roof of the old building is too packed with equipment. So, he says the next step will be changing its energy supplier to help cut down on the power bill.

At the National Library Board's (NLB) 14-year-old home in Victoria Street, solar panels will be installed on its roof next year. While space is less of a constraint for this newer building, there are other factors to worry about.

Mr Simon Tan, 39, senior manager, building maintenance, properties and facilities management, says: "The panels are not heavy, but we have to take into consideration the wind and other loads."

The building, given its proximity to the sea, has to deal with salt residue on its walls, he explains. But its height is an advantage because panels can be installed on the roof with no fear of obstruction from other buildings.

1. Change your light fixtures to LED

Mr Toh says air-conditioners are the biggest energy consumers, followed by refrigerators. Choose those rated with four or five ticks by the National Environment Agency as these will help you save on your electricity bills as well as conserve energy.

Keeping older buildings green is an ongoing challenge, but evolving technologies help conserve energy and water usage, reducing not just the utility bills, but also the carbon footprint of these buildings.

Mr Ravi Sivalingam, 50, the Esplanade's head, operational support services, says the 17-year-old performing arts centre's biggest savings came from replacing their light fixtures in public areas with LED lights over the past two years. From last year to 2020, the LED lights will save the Esplanade 2.63 million kilowatt hours of energy. This is the equivalent of electricity consumed by 553 four-room HDB flats in a year.

Mr Sivalingam says: "Switching to LED led to a 60 per cent reduction in consumption, from 1.3 million kilowatt hours a year to 507,000 kilowatt hours."

Just updating the carpark lighting led to massive savings, he adds, "conservatively, there was 70 to 90 per cent savings because of LED and sensor technologies".

The roofing structure of the outdoor theatre at the Esplanade is painted with a 3M product which is dirt-resistant and more durable than regular paint. ST PHOTOS: SHINTARO TAY, NG SOR LUAN

The other resource savings came with the recycling of rainwater which, combined with their replacement of the old air-conditioning chillers, helped the centre reduce its water usage. When the Esplanade opened, the rainwater run-off was collected in tanks, then purged out to Stamford Canal. Now, the water is treated for use in the air-conditioning system.

The recycled water also gets pumped out to 12 access points around the Esplanade, where it is used to water plants and wash outdoor areas. Mr Sivalingam says: "This has allowed us to watch how much potable water we use on a daily basis."

Despite the age of the Old Hill Street Police Station building, it was awarded a Green Mark Platinum rating, the highest green rating for a building, by the Building And Construction Authority (BCA).

The Esplanade and the National Library are also certified platinum under the Green Mark scheme, which was introduced in 2005 to encourage developers to build more environmentally friendly buildings.

The Central Library building was designed with green features such as sunshades to keep the building cool. These cost more initially, but have since paid off by making the building more energy-efficient. ST PHOTOS: SHINTARO TAY, NG SOR LUAN

While the scheme is voluntary, more developers have come on board to apply for Green Mark certification as people have become more aware of the advantages of going green.

Mr Toh Eng Shyan, 47, director of BCA's Green Mark Department (Existing Buildings) Environmental Sustainability Group, says: "Green buildings make economic sense and are a responsible investment for our collective future. A report commissioned by the BCA has shown that home owners now are willing to pay a 3 to 4 per cent premium for green homes.

"For green commercial developments, it attracts like-minded, high-value tenants who are aware of the dangers of climate change and it projects a good corporate image for landlords as well as tenants."

BCA has also been encouraging the greening of older buildings with financial incentives such as the Green Mark Incentive Scheme for Existing Buildings and the Building Retrofit Energy Efficiency Financing Scheme.

Mr Toh says: "We have a lot of old existing buildings that have been retrofitted to high sustainability standards. The industry is very mature now and can undertake retrofit works with minimal interruption to operations."

The aim is to green 80 per cent of Singapore buildings' floor area by 2030. To date, about 40 per cent have been greened.

It is easier to go green now too as architects are increasingly incorporating green design from the planning stages. This can make a big difference to a building, as the NLB's Mr Tan points out.

The building's architects, T.R. Hamzah & Yeang Sdn Bhd, were careful to study the site's footprint. This resulted in details such as a north-east, south-west orientation that creates a wind tunnel in the spacious ground-floor atrium. The effect is so strong, wind speeds can go up to 50kmh and unsupported structures above 2.2m can be toppled by the wind.

The building's 14 gardens, only four of which are open to the public, were designed to cool temperatures and green glass is used to reduce energy costs. All these were pricey initial investments that have since paid off as it costs less to keep temperatures optimal in the building, says Mr Tan.

MCI's Mr Wee notes that while there is a short term cost when equipment has to be replaced in old buildings and renovations needed to keep up with evolving usage, old buildings have personality: "People like to work in an old building. People come in to admire the architecture. That creates a sense of belonging."