Indonesia.07 Jan 2021.3 min read
Indonesia, 07 Jan 2021 - Climate change has remained a major international issue. Gas and oil exploration, coal mining, and power plants are considered the main factors behind environmental damage that contributes to climate change. According to a report by the DBS Group Research entitled “Environmental, Social and Governance: Turning Carbon into Gold”, carbon emissions in developing countries have increased, considering that apart from coal, fossil fuels are still the key instrument of development in those countries. DBS Bank economists also predict that fossil fuels will continue to be available until 2035 in Asia.

During the transition to become more environmentally friendly, companies engaged in mining, power generation, and fossil fuel exploration need to consider the risks and opportunities. DBS Bank economists predict that there will be a risk of potential decline in income and in the value of assets that produce carbon due to the transition toward green business models. Moreover, operating costs will also increase due to tighter regulations as governments revise emission limits.

Depletion of natural resources such as water scarcity is unavoidable resulting in increased production costs. In addition, rejection of the use of fossil fuels by various parties could lead to legal issues triggered by environmental damage and climate change caused by exploration activities.

According to a report from Carbon Brief, in 2019, Indonesia surpassed Australia as the world's largest thermal coal exporter. Meanwhile, the Union of Concerned Scientists revealed that coal mining has negative impacts on the environment, from water and air pollution to global warming. In several Asia-Pacific countries, power plants emit the most carbon emissions, approaching 50% of the total carbon emission in the region, followed by the industry and transportation sectors. The region’s share of carbon emissions is much higher, at 70%, as coal remains the most economical source of energy. According to data collected by the Potsdam Institute for Climate Impact Research (PIK), Indonesia's annual GHG emissions were 2.4 billion tonnes in 2015. Indonesia's emissions accounted for 4.8% of the total global emissions for that year.

However, climate change may also offer new opportunities. Companies could encourage reduction in consumption by increasing energy efficiency as well as by developing new green products that are more market friendly and expanding the renewable energy business.

The typical scenario is based on existing national policies on carbon reduction while the optimistic scenario is based on additional government efforts to encourage companies to reduce carbon emissions for sustainable development. In a normal condition, DBS Bank economists assume that market demand for coal will remain the same for the next 10 years while the operating costs for research and business development will also increase as part of the efforts to reduce carbon emissions.

In an optimistic scenario, annual coal output will decline slightly for the next 10 years. In addition, there are more aggressive measures taken to diversify revenue while carbon tax is not implemented. The oil and gas industry will see a decline in profits due to excess refinery capacity while selling prices are low.

Meanwhile, to control greenhouse gas (GHG) emissions to limit global warming to two degrees Celsius by 2100, 187 countries, including Indonesia, ratified the Paris Agreement on 12 December 2015. In line with the Paris Agreement, the Ministry of Energy and Mineral Resources (ESDM) plans to reduce GHG emissions by 314 MtCO2 by 2030. Of the total emission reduction target, 29% will be realised by own effort and 41% with international support. Therefore, Indonesia has started investing in renewable energy (EBT).

The government expects the renewable energy sector to contribute 156.6 MtCO2 or 49.8% to the total mitigation actions in the energy sector. "The EBT sector needs IDR1,690 trillion in investment," said Ida Nuryatin Finahari, Director of Geothermal Energy, Directorate General of New, Renewable Energy and Energy Conservation at the Ministry of Energy and Mineral Resources, in a webinar entitled "The Benefits of the Dieng 2 and Patuha 2 Geothermal Power Plant (PLTP) Development Projects” last August.

With its extensive network of operations in Asia and emphasis on engaging and empowering its staff, DBS presents exciting career opportunities. The bank acknowledges the passion, commitment and can-do spirit in all of our 29,000 staff, representing over 40 nationalities. For more information, please visit www.dbs.com. 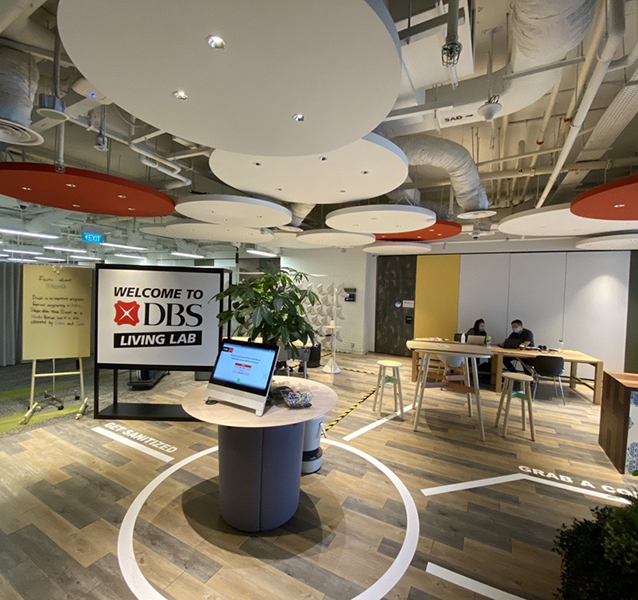 Balancing futureproofing and future-defining the workplace

The reality of our time is that many organisations have had to respond quickly to the pandemic ...