To avoid the downside risks of growth as a result of the pandemic, the Indonesian Minister of Finance outlined a series of fiscal measures for this year (see Indonesia: Fiscal and growth dynamics). Even though the fiscal response is quite aggressive, fiscal performance since the beginning of this year suggests a lower deficit than the budgeted -6.3% of the Gross Domestic Product (GDP).

In the first seven months of the year, expenditure increased by a modest 1.3% yoy, or only half of the full-year budgeted expenditure. This was partly due to the slower disbursements of the IDR69.2 trillion stimulus funds, which only reached 26% (IDR183.5 trillion) in the middle of the year. According to the Economic Recovery Task Force, most of the funds were directed towards the social assistance programmes. Of the micro, small and medium enterprise (MSME) support package, ~40% has been spent, and one-fifth of the funds were set aside for MSME grants. In general, expenditures were paid at the end of the budget period in recent years, but this year's figures are lagging behind those of the last three years (see chart below). The delay in response was partly the result of disruptions due to the pandemic and capacity constraints.

Meanwhile, revenues decreased by 12% yoy, with one-third of the budgeted fiscal deficit of IDR330 billion (2% of GDP) realised by July.

The current performance when compared to the trend of state spending has opened up opportunities for a lower fiscal deficit of 0.5-0.7% when compared to the budgeted -6.3% of GDP. With the contagion curve (Covid-19) still unstable while the speed of testing is increasing, recovery will depend on accelerated budget disbursements.

Last month, the government proposed budget assumptions for 2021. The fiscal deficit is pegged at 5.5% of GDP (from the target deficit in 2020 of 6.3%). A wider deficit than hinted in May-June was due to a weak outlook for the global recovery next year as well as to prevent negative shocks to domestic growth from a constrained fiscal stance.

The figures represent a small increase of 0.3% yoy in spending in 2021, keeping purse strings relatively loose. When the Covid-19-related stimulus is scaled back, funds are likely to be used for development spending (e.g. infrastructure, public works) as well as social sector spending (e.g. health). The sizable spending bill is expected to be funded by - revenue is expected to increase by 4.5% yoy (with a 5.5% increase in income tax), as GDP growth increases to 4.5 - 5.5% and borrowings.

An increase in revenue can be a challenge if a) growth does not match forecasts, b) corporate tax rebates that have been scheduled proceeds, c) non-tax and commodity-related revenues are not favourable.

A wider fiscal deficit and a small decrease in borrowings in 2021 when compared to this year will affect the central bank's active role in the bond markets next year. Deficit financing will probably be a recurrent theme in the next two years, in contrast to previous assurances that it would be a one-off.

How much support for next year remains unclear, although it is expected to be smaller than this year. Given the subsequent impact on the monetary base, liquidity, and inflationary pressures, any other measures, such as sterilisation of excess liquidity, will also be timely to keep price stability risks in check.

Besides the concerns that BI's active role in financing the budget deficit might be extended for two years to 2022, the market is also concerned with proposals for regulatory changes to BI authorities. A draft bill submitted to parliament proposes wide-ranging changes to the 1999 Central Bank Act, including the proposal to form a five-member monetary council, led by the Minister of Finance and comprising other government nominees, to provide monetary policy guidance. Simultaneously, BI's mandate may be expanded to include growth and the provision of job opportunity, in addition to financial market priorities and inflation.

The plan will be monitored to determine whether the changes will undermine the central bank's independence, reminiscent of previous experience in pre-Asian financial crisis years. Policies may tend to be accommodative for a longer period of time if some changes are made, and demonstrate greater reliance on debt monetisation.

As this note goes to print, the government said it did not support the recommendation for BI’s mandate because the market tends to seek certainty regarding the matter. Other financial sector regulations may be pursued.

Indonesia's Consumer Price Index (CPI) inflation in August fell to 1.3% yoy from 1.5% in the previous month, staying below the target for two consecutive months. Although the PMI-manufacturing index widened again in August, consumption remained hamstrung by the increasing number of Covid-19 cases and lockdowns on different scales in different provinces in Indonesia, affecting mobility. This is reflected in the gradual slowdown in core CPI inflation, from 2.9% yoy in January 2020 to 2.1% yoy in July.

Given the overwhelming impact of the negative demand shock, we revised down our CPI inflation forecast for 2020 to 2.0% yoy from 2.7%. In terms of policy, Bank Indonesia has issued policies with multiple objectives. The outlook for inflation resulted in a BI rate cut by 50 basis points (bps) to 4% this year. The timing of the rate cut was also influenced by financial stability, which is primarily aimed at maintaining favourable rate differences and currency stability. The domestic condition is also favourable, with the net total liquidity in surplus position thanks to multiple fund injections to ensure timely transmission.

Observations in the region showed that bank loan growth corrected in the second quarter, both for consumption and industrial loans.

Challenging business conditions also increased the ratio of non-performing loans (NPLs) to 3.1% in June from 2.5% in December 2019. Fitch Ratings noted at the end of June that the average loan ratio of particular concern, namely loans that are overdue by up to 90 days and are at risk of turning to non-performing loan ratio, increased to 6.2% in the first quarter. While it shows the potential for an increase in bad loans, an easing of rules on loan restructuring, for example by allowing loans to remain as loans until the end of the first quarter of 2021, has triggered broader loan restructuring interests, with proposals to extend the restructuring deadline. In early August, OJK Chairman Wimboh Santoso said that IDR784.36 trillion worth of loans had been restructured.

With inflation still tending to be low and the real exchange rate positive, there is still room for a further key rate cut. Despite this, we look at three factors why the central bank might consider prolonging its pause in rate cuts in the second half of 2020. First, the IDR's underperformance over the past few weeks, caused by domestic concerns (debt monetization, growth in the monetary base, etc.), deviating from positive trends in the region. Even though there has been a decrease in the ownership of foreign investors in the bond market by up to 30% of the total outstanding bonds, the stability of the currency value is likely to remain an important risk barometer for the authorities. Against this backdrop, the status quo in the interest rates is likely to be the option with the lowest resistance.

Second, despite a pause in key rate cuts, BI is likely to maintain an accommodative stance and flush liquidity that helps keep short-term interest rates steady. Finally, Indonesia's overnight market rates have corrected more deeply than the 7D policy rate. In addition to a dovish stance, the central bank’s liquidity operations tend to be heavy on unfavorable tenors, pulling interest rates to the lower bound of the key rate policy corridor. With long-term transmission despite the 7D policy-related moves, BI may be reluctant to use all policy ammunitions in the short term, as well as maintaining a buffer for external balances, such as the balance of payments, making a pause in rate cuts for the rest of the year the best thing to do.

Therefore, a policy mix will be more inclined towards fiscal policy. Although we do not expect further rate cuts, a strong fiscal policy response will require support from Bank Indonesia. This is what the market will continue to pay close attention to.

With its extensive network of operations in Asia and emphasis on engaging and empowering its staff, DBS presents exciting career opportunities. The bank acknowledges the passion, commitment and can-do spirit in all of our 29,000 staff, representing over 40 nationalities. For more information, please visit www.dbs.com. 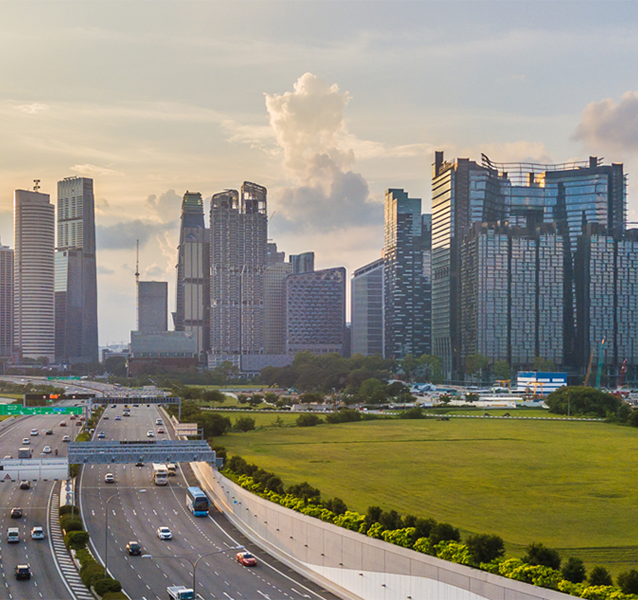 There has been a lot of debate on how to engineer a safe exit from lockdown from ...