Profit before allowances up 12% to new high of SGD 4.71 billion

The charge increased the amount of general allowance reserves by 50% to SGD 3.80 billion, 24% above the minimum requirement set by the MAS. Total allowance reserves rose to SGD 6.72 billion, which exceeded non-performing assets and boosted allowance coverage to 106% and to 199% when collateral was considered.

Profit before allowances increased 12% to a record SGD 4.71 billion. Total income rose 7% to SGD 7.75 billion while expenses were stable. Net interest income increased 1% to SGD 4.79 billion as loan and deposit growth were offset by lower interest rates. Fee income rose 1% to SGD 1.51 billion with growth in the first quarter offset by a decline in the second quarter. Other non-interest income increased 42% to SGD 1.45 billion led by gains on fixed-income investments. Expenses were stable at SGD 3.04 billion. The positive jaw of seven percentage points lowered the cost-income ratio from 42% to 39%.

Capital remained healthy with the Common Equity Tier-1 ratio at 13.7%.

Loans grew 5% or SGD 19 billion in constant-currency terms from a year ago to SGD 375 billion. Three percentage points or SGD 12 billion of the growth occurred in first-half 2020. Non-trade corporate loans expanded SGD 20 billion in the first half led by drawdowns in Singapore and Hong Kong. DBS participated actively in Singapore’s credit relief programmes in which the government provided a 90% risk share of loans. The growth in non-trade corporate loans was moderated by declines in trade loans, which fell SGD 5 billion, and consumer loans, which fell SGD 3 billion due to lower wealth management borrowing. While a majority of the decline in trade loans and consumer loans occurred in the first quarter, non-trade corporate loan growth was evenly paced over the two quarters. Non-trade corporate loan growth is expected to revert to previous-period levels in the second half.

Higher deposit volumes also had a positive impact on net interest income. Deposits grew 13% or SGD 49 billion in constant-currency terms from a year ago to SGD 447 billion. SGD 36 billion of the increase occurred in first-half 2020 as current and savings accounts rose by a record SGD 54 billion, enabling higher-cost fixed deposits to be run off. The proportion of current and savings accounts rose seven percentage points from a year ago to 66%.

First-half net interest margin fell 16 basis points from a year ago and 14 basis points from the previous half to 1.74%, with the first quarter at 1.86% and the second quarter at 1.62%. The decline in the second quarter was due to sharp cuts in interest rates as central banks globally responded to the pandemic and to the deployment of excess deposits into lower-yielding assets.

Compared to the previous half, first-half net interest income was 2% lower.

First-half fee income increased 1% to SGD 1.51 billion. A 14% growth in the first quarter was offset by an 11% decline in the second quarter as regional lockdowns resulted in lower activity.

Compared to the previous half, first-half fee income was 3% lower.

First-half other non-interest income increased 42% to SGD 1.45 billion. Trading income fell 6% to SGD 752 million as a decline in the first quarter due to wider credit spreads was moderated by an increase in the second quarter. Treasury customer income was higher in both quarters. Net gains on investment securities increased almost three times to SGD 663 million as profits were realised on fixed income portfolios which appreciated with lower interest rates.

Compared to the previous half, first-half other income was 72% higher.

First-half expenses were stable at SGD 3.04 billion. Staff costs rose 2% as higher base salary costs from an increased headcount were moderated by lower bonus accruals and by government grants. Non-staff costs were 3% lower as general expenses such as for travel and advertising declined. The positive jaw of seven percentage points reduced the cost-income ratio by three percentage points to 39%.

Compared to the previous half, first-half expenses fell 5% led by lower non-staff costs.

For the first half, Consumer Banking / Wealth Management income declined 3% from a year ago to SGD 3.08 billion. Lower contributions from deposits and cards more than offset increased investment product and loan income. Institutional Banking income fell 1% to SGD 3.01 billion as a decline in cash management income due to lower interest rates more than offset the benefit of higher loan volumes and treasury product sales. Treasury Markets income increased 44% to SGD 714 million due to a strong trading performance. Income from the “Others” segment rose 69% to SGD 949 million, reflecting gains on investment securities managed by Corporate Treasury.

Non-performing assets rose 10% to SGD 6.35 billion in the first half as new NPA formation was moderated by write-offs and recoveries. Most of the new NPA occurred in the first quarter, which included a significant oil trader exposure. The NPL rate was 1.5%, below the 1.6% in March and unchanged from the previous half.

First-half total allowances increased almost five-fold from a year ago to SGD 1.94 billion. Two-thirds or SGD 1.26 billion of the amount was for general allowances set aside to fortify the balance sheet. Specific allowances nearly doubled to SGD 672 million or 30 basis points of loans, with the increase due to the significant exposure in the first quarter. Total allowance reserves increased 25% to SGD 6.72 billion and allowance coverage was at 106%. When collateral valued at SGD 2.97 billion was considered, allowance coverage was at 199%.

Liquidity remained ample as the franchise benefited from flight-to-quality inflows. Deposits grew 9% or SGD 36 billion in constant-currency terms in the first half to SGD 447 billion. The loan-deposit ratio fell five percentage points to 84%. The liquidity coverage ratio of 134% and the net stable funding ratio of 121% were both above regulatory requirements of 100%.

Capital continued to be healthy. The Common Equity Tier-1 ratio declined from 14.1% from December 2019 to 13.7% as risk weighted assets increased from loan growth, credit exposures on derivatives, and market risk. The leverage ratio of 6.8% was more than twice the regulatory requirement of 3%.

In line with MAS’ guidance for local banks to moderate their dividends for 2020, the Board declared a dividend of SGD 18 cents per share for the second quarter, for which the scrip dividend scheme will be applicable. Scrip dividends will be issued at the average of the closing share prices on 14 and 17 August 2020.

DBS CEO Piyush Gupta said, “The strong operating performance we reported amidst severe macroeconomic headwinds in the first half attests to the resilience of our franchise. Our solid balance sheet was further fortified by a significant increase in allowance reserves, strong liquidity inflows and healthy earnings. Notwithstanding the uncertainties, we are in a good position to continue supporting customers and the community through the difficult months ahead of us.”

With its extensive network of operations in Asia and emphasis on engaging and empowering its staff, DBS presents exciting career opportunities. The bank acknowledges the passion, commitment and can-do spirit in all our 29,000 staff, representing over 40 nationalities. For more information, please visit www.dbs.com.
News FeedsPrint Friendly Version 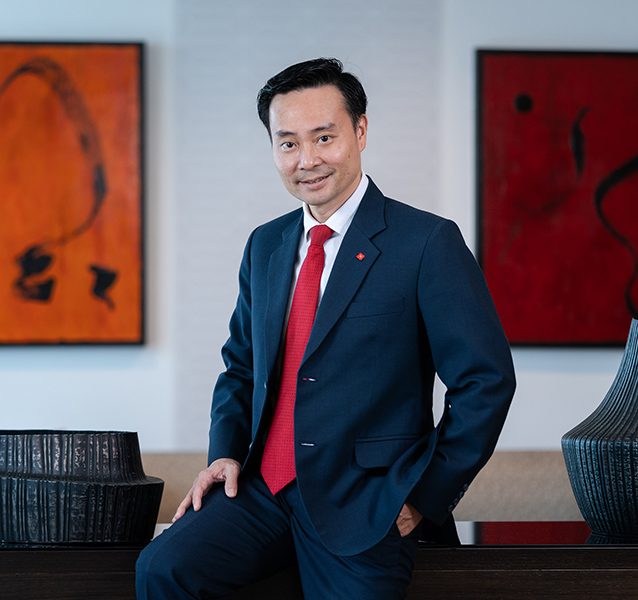 Banker on a mission