Full-year net interest income increased 7% to SGD 9.63 billion. Net interest margin was four basis points higher at 1.89% as an increasing margin in the first half was moderated by the impact of declining interest rates in the second half. Loans grew 4% or SGD 15 billion in constant-currency terms to SGD 358 billion as non-trade corporate loans increased SGD 12 billion and wealth management customer loans rose SGD 4 billion.

Other non-interest income rose 29% to SGD 1.87 billion. Trading income grew 24% to SGD 1.46 billion led by contributions from fixed income activities as interest rates declined and spreads tightened. Gains on investment securities more than doubled to SGD 334 million. The increases in both trading income and gains on investment securities were also due to a low year-ago base. They combined to more than offset the impact of a SGD 91 million property gain the year before.

Expenses were 8% higher at SGD 6.26 billion. The positive jaw of two percentage points led to a one-percentage-point improvement in the cost-income ratio to 43%, reflecting gains in operating efficiency as well as the strong growth in other non-interest income. Profit before allowances increased 12% to SGD 8.29 billion.

Fourth-quarter earnings up 14% from year ago

For the fourth quarter, net profit rose 14% from a year ago to SGD 1.51 billion on the back of broad-based business momentum.

Fee income increased 17% to SGD 741 million, led by a 31% increase in wealth management fees due to buoyant investor sentiment, in contrast to the equity market sell-off the year before. A significant number of transactions led to a near tripling of investment banking fees.

Compared to the previous quarter, fourth-quarter net profit was 7% lower. Total income fell 9% to SGD 3.46 billion due to seasonally lower non-interest income and a decline in net interest margin from falling interest rates.

Fee income fell 9% from a seasonal decline in wealth management fees and from lower loan-related fees. The declines were moderated by higher fees from investment banking and transaction services.

Other non-interest income was 46% lower as quieter markets at year-end resulted in a halving of trading income and gains on investment securities.

Expenses declined 1% while profit before allowances was 16% lower.

Fourth-quarter specific allowances were SGD 199 million, or 21 basis points of loans, in line with recent quarterly trends. There was a general allowance write-back of SGD 77 million, which was reclassified as specific allowances for new NPA. Allowance coverage was at 94% and at 191% after taking collateral into account.

Deposits rose 2% from the previous quarter and 3% from a year ago in constant-currency terms, in line with loan growth, to SGD 404 billion. The liquidity coverage ratio of 139% and the net stable funding ratio of 110% were both above the regulatory requirement of 100%.

The Common Equity Tier-1 ratio increased 0.3 percentage points from the previous quarter to 14.1% due mainly to net profit accretion. The leverage ratio of 7.0% was more than twice the regulatory requirement of 3%.

The Board proposed a final dividend of 33 cents per share for approval at the forthcoming annual general meeting. Barring unforeseen circumstances, the annualised dividend will be $1.32 per share, an increase of 10%. The higher quarterly dividend is in line with the policy of paying sustainable dividends that grow progressively with earnings.

DBS CEO Piyush Gupta said, “Our record performance with return on equity at a new high of 13.2% demonstrates a franchise that delivers high quality results. The increased quarterly dividend proposed by the Board reflects the enhanced capacity of our business to generate earnings and reward shareholders.”

[End]
About DBS
DBS is a leading financial services group in Asia with a presence in 18 markets. Headquartered and listed in Singapore, DBS is in the three key Asian axes of growth: Greater China, Southeast Asia and South Asia. The bank's "AA-" and "Aa1" credit ratings are among the highest in the world.

With its extensive network of operations in Asia and emphasis on engaging and empowering its staff, DBS presents exciting career opportunities. The bank acknowledges the passion, commitment and can-do spirit in all of our 28,000 staff, representing over 40 nationalities. For more information, please visit www.dbs.com.
News FeedsPrint Friendly Version 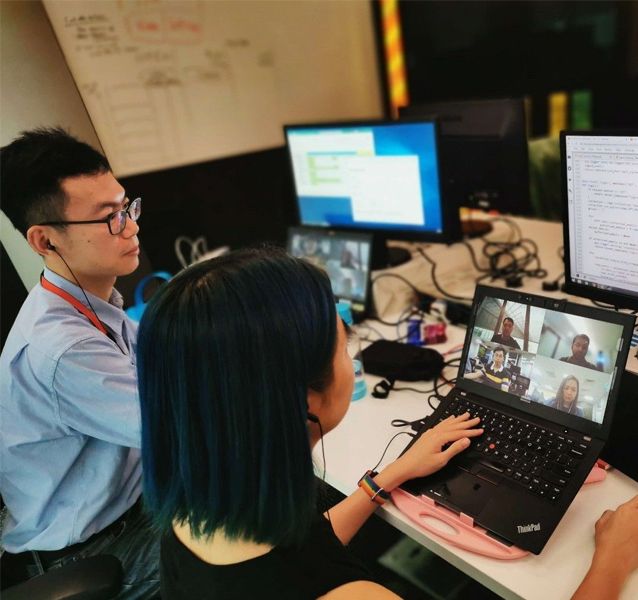 DBS’ data heroes leveraged their skills and worked behind the scenes for the sake of ...