Total income was stable at SGD 14.6 billion despite the economic disruption caused by the pandemic. Net interest income fell 6% as a 27 basis point fall in net interest margin was partially offset by constant currency loan growth of 4%. Fee income was stable while other non-interest income rose 32% as gains from investment securities tripled. Expenses declined 2% to SGD 6.16 billion as costs were kept in check.

For the fourth quarter, net profit fell 33% from a year ago to SGD 1.01 billion due to a lower net interest margin and higher total allowances. Business momentum was healthy with broad-based loan growth and resilient fee income.

Full-year net interest income fell 6% to SGD 9.08 billion. Net interest margin was 27 basis points lower at 1.62%, with most of the decline occurring in the second and third quarters as central banks slashed interest rates at the end of the first quarter. The lower interest rates more than offset the impact of higher loan volumes and record growth in current and savings accounts (Casa).

Loans grew 4% or SGD 16 billion in constant-currency terms to SGD 371 billion, including SGD 2 billion of loans from LVB. Non-trade corporate loans grew 9% or SGD 19 billion to SGD 221 billion led by drawdowns in Singapore and Hong Kong. Trade loans fell 13% or SGD 6 billion to SGD 38 billion due to less attractive pricing and to lower transaction values from lower oil prices. Consumer loans were stable at SGD 114 billion. Housing loans were little changed as declines in the second and third quarters due partly to the circuit breaker were offset by a recovery in the fourth quarter from increased new bookings.

Total deposits grew 15% or SGD 61 billion to SGD 465 billion as record inflows were sustained over the course of the year and LVB contributed SGD 3 billion of deposits. Casa deposits increased 42% or SGD 99 billion, reflecting the bank’s leading savings deposit and cash management franchises enhanced by digitalisation capabilities. The inflows enabled more expensive fixed deposits to be released, improving the Casa ratio by 14 percentage points to 73% of total deposits.

Surplus deposits were deployed to liquid assets at a positive margin that was however tighter than customer loans. This was accretive to net interest income and return on equity but accounted for approximately six basis points of the net interest margin decline.

Fourth-quarter net interest income declined 13% from a year ago and 2% from the previous quarter to SGD 2.12 billion. Net interest margin declined at a slower pace of four basis points to 1.49% as interest rates stabilised.

Loans grew 1% or SGD 5 billion from the previous quarter, including the SGD 2 billion contribution from LVB. Non-trade corporate loans increased from sustained drawdowns as well as a reduced pace of repayments of short-term facilities made in the first half. Housing loans rose following strong bookings in the third quarter with bookings continuing to be strong in the fourth quarter. Wealth management loans were also higher. These increases were partially offset by lower trade loans.

Full-year net fee income was little changed at SGD 3.06 billion. A 14% increase in the first quarter to a quarterly record was offset by an 11% decline in the second quarter as transactions fell with lockdowns in the region. Fee income was stable in the second half compared to the previous year as economic activity rebounded from the second-quarter trough.

Wealth management fees grew 11% to a record SGD 1.43 billion, with the first and third quarters the two highest on record. Demand for investment products increased with healthy risk appetite in the first quarter and improved market sentiment in a low interest rate environment in the second half. Brokerage commissions increased 31% to SGD 149 million with higher stock market volumes and increased new digital account openings. Loan-related fees were 2% higher at SGD 417 million.

The increases were offset by lower card and investment banking fees. Card fees fell 19% to SGD 641 million, bottoming in the second quarter, before recovering progressively in the third and fourth quarters. Investment banking fees were 31% lower at SGD 148 million with record fixed income fees more than offset by a fall in equity capital market activity. Transaction service fees were 2% lower at SGD 746 million.

Fourth-quarter net fee income of SGD 747 million was 1% higher than a year ago. An increase in wealth management fees was offset by lower contributions from other activities. Cards fees fell 12%, moderating from declines of 21% in the third quarter and 34% in the second quarter compared to year-ago levels even as card spending from travel remained subdued.

Other non-interest income for the full year rose 32% to a record SGD 2.46 billion. Gains from investment securities tripled to SGD 963 million as profits were realised on part of the bond portfolio intended to benefit from lower interest rates. Treasury customer income reached a new high.

Full-year expenses were 2% lower at SGD 6.16 billion as costs were tightly managed. General expenses such as on travel, advertising and promotions were lower. Staff costs were little changed with an increase in base salaries from a higher staff count offset by lower bonus and by government grants. The cost-income ratio improved one percentage point to 42%.

Fourth-quarter expenses were little changed from a year ago at SGD 1.58 billion after incorporating expenses from LVB.

The amalgamation complements DBS’ digibank strategy with an expanded network of 600 branches and 1,000 ATMs, an additional two million retail and 125,000 non-retail customers, as well as a strengthened deposit franchise.

The provisional goodwill from amalgamation of Lakshmi Vilas bank was SGD 153 million, being the difference between the fair value of its assets and liabilities of SGD 3.89 billion and SGD 4.04 billion respectively. Total loans transferred amounted to SGD 2.14 billion, including net non-performing loans of SGD 212 million. Additional general allowances were set aside at group level to pre-emptively build up general allowance reserves to 9.5% of LVB’s performing loans.

General allowances of SGD 1.71 billion were conservatively set aside for the full year to fortify the balance sheet against potential risks arising from the pandemic. As a result, general allowance reserves increased 72% to SGD 4.31 billion, 42% above the MAS’s minimum requirement. The reserves also exceeded the maximum amount eligible for consideration as Tier 2 capital by SGD 1.5 billion, forming a buffer for the total capital adequacy ratio.

Specific allowances increased 78% to SGD 1.35 billion or 31 basis point of loans. New NPA formation increased as the number of defaults rose across the region with the economic slowdown. After recoveries and write-offs NPA increased 16% to SGD 6.69 billion during the year. The NPL rate was 1.6%, similar to recent years.

Total allowances more than quadrupled to SGD 3.07 billion. Total allowance reserves increased 46% to SGD 7.33 billion and allowance coverage was at 110% and at 206% after considering collateral of SGD 3.12 billion.

Fourth-quarter total allowances were at SGD 577 million, similar to the previous quarter. Underlying new NPA formation was in line with the quarterly run-rate of the first nine months.

Capital continued to be healthy. The Common Equity Tier 1 ratio was unchanged from the third quarter at 13.9%. The amalgamation of LVB, which lowered CET-1 by 0.3% point, was offset by profit accretion during the quarter. The leverage ratio of 6.8% was more than twice the regulatory requirement of 3%.

In line with MAS’ call for local banks to moderate their dividends for 2020, the Board proposed a final dividend of 18 cents per share for approval at the forthcoming annual general meeting. The scrip dividend scheme will be applicable, with scrip dividends to be issued at the average of the closing share prices on 7 and 8 April 2021.

DBS CEO Piyush Gupta said, “Our record operating performance in one of the most challenging periods on record attests to the quality of our franchise and nimble execution. Business momentum was sustained in the fourth quarter and our pipeline for loans and fee income is healthy. We have been proactive through the crisis and enter the year with new growth platforms. Lakshmi Vilas Bank in India and the securities joint venture in China will enhance our presence in both key markets. Initiatives such as the Digital Exchange, supply chain digitalisation and efforts to broaden wealth management to the mass market will reinforce our leadership in digital finance. These platforms will strengthen our ability to continue supporting customers and delivering shareholder returns.” 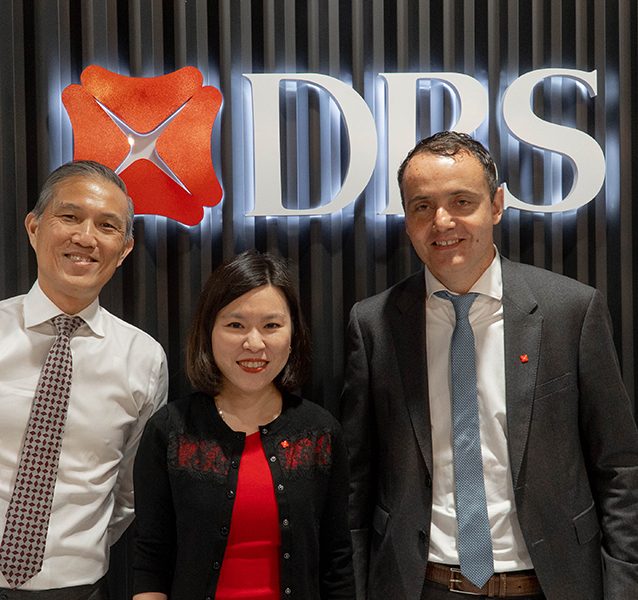 Why managing personal finances well means so much to Evy Wee

When former POSB head Susan Cheong was still working at branch early in her career ...