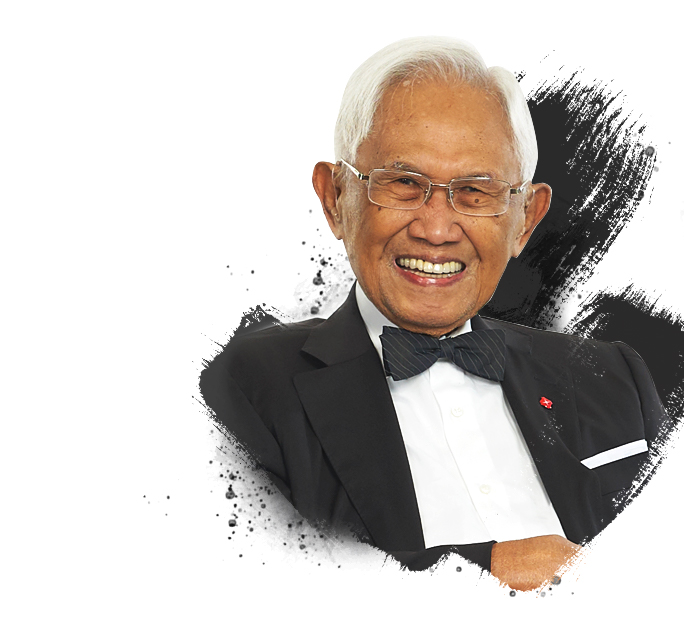 Prof. Dr. Subroto joined DBS Indonesia in June 2003 as Independent Commissioner. He was Minister of Cooperatives from 1973 to 1978, Minister of Mines and Energy from 1978 to 1988 and became the Secretary General of OPEC (Oil Petroleum Exporter Countries) from 1988 to 1994. He is Professor of Economics Faculty, University of Indonesia and Pancasila University, and was Rector of Pancasila University from 1996 to 2004. Currently, he is Chairman of the Indonesia Institute of Energy Economics (IIE), Chairman of Bimasena Mines and Energy society, and also Chairman of Yayasan Bina Anak Indonesia. He is concerned with education for children and together with Yayasan Bina Anak Indonesia he manages a school for village children in Lengkong Wetan, Tangerang.

Prof. Dr. Subroto graduated with a Bachelor Degree in Economics from University of Indonesia (1952). He also holds a Master of Arts degree from McGill University, (1956) and a Doctorate in Economics from University of Indonesia (1958). He received Das Grosse Verdienstkruz Mit Stern Und Schulterband honour from former President of Germany, Karl Carstens. He also received honors from the Republic of Indonesia which include Satyalencana Penegak, Gelar Kehormatan Veteran Pejuang Kemerdekaan RI, and Bintang Mahaputra Adiprana (II).