DBS Hong Kong, Manulife Hong Kong and The Hong Kong Jockey Club (HKJC) are pleased to announce a 3-year partnership for the “DBS x Manulife Million Challenge” starting from the new racing season (2019/20).  An opening ceremony was held on Wednesday, 11 September, at Happy Valley Racecourse, during the inaugural race night of the racing series under the new sponsorship.

Ajay Mathur, Managing Director and Head of Consumer Banking Group & Wealth Management at DBS Hong Kong , said, “DBS Hong Kong is honoured to join hands with Manulife to be the title sponsor of the Million Challenge starting from this year. The seamless collaboration among horse owners, trainers and jockeys to strive for championship across this six-month racing series is a perfect testament to the winning partnership between DBS and Manulife!”

Mr. Lawrence Nutting, Chief Distribution Officer of Manulife (International) Limited, said: “Manulife is pleased to present this world-class race series with our key bancassurance partner DBS. We look forward to bringing this exciting and fabulous racing series to the Hong Kong public and promoting the winning spirit of Manulife and DBS through the Million Challenge.”

HKJC Executive Director, Racing, Mr. Andrew Harding, said: “We are delighted to welcome DBS Hong Kong and Manulife as the title sponsor of the DBS x Manulife Million Challenge. Since its inception, the Million Challenge has added to the excitement of race meetings at our iconic Happy Valley racecourse, with the champion title a much sought-after glory for Owners, Trainers and Jockeys. I would like to take this opportunity to thank DBS Hong Kong and Manulife for their generous support. We look forward to working with them and to a brand new season of racing excitement at the Valley!”

DBS x Manulife Million Challenge is for runners of all Class 3 or above races and was commenced on 11 September at Happy Valley Racecourse. The series concludes on 26 February 2020, and the Owners of the three horses with the most accumulated points will share a bonus of HK$1 million, with the overall winner receiving HK$650,000 of that total. 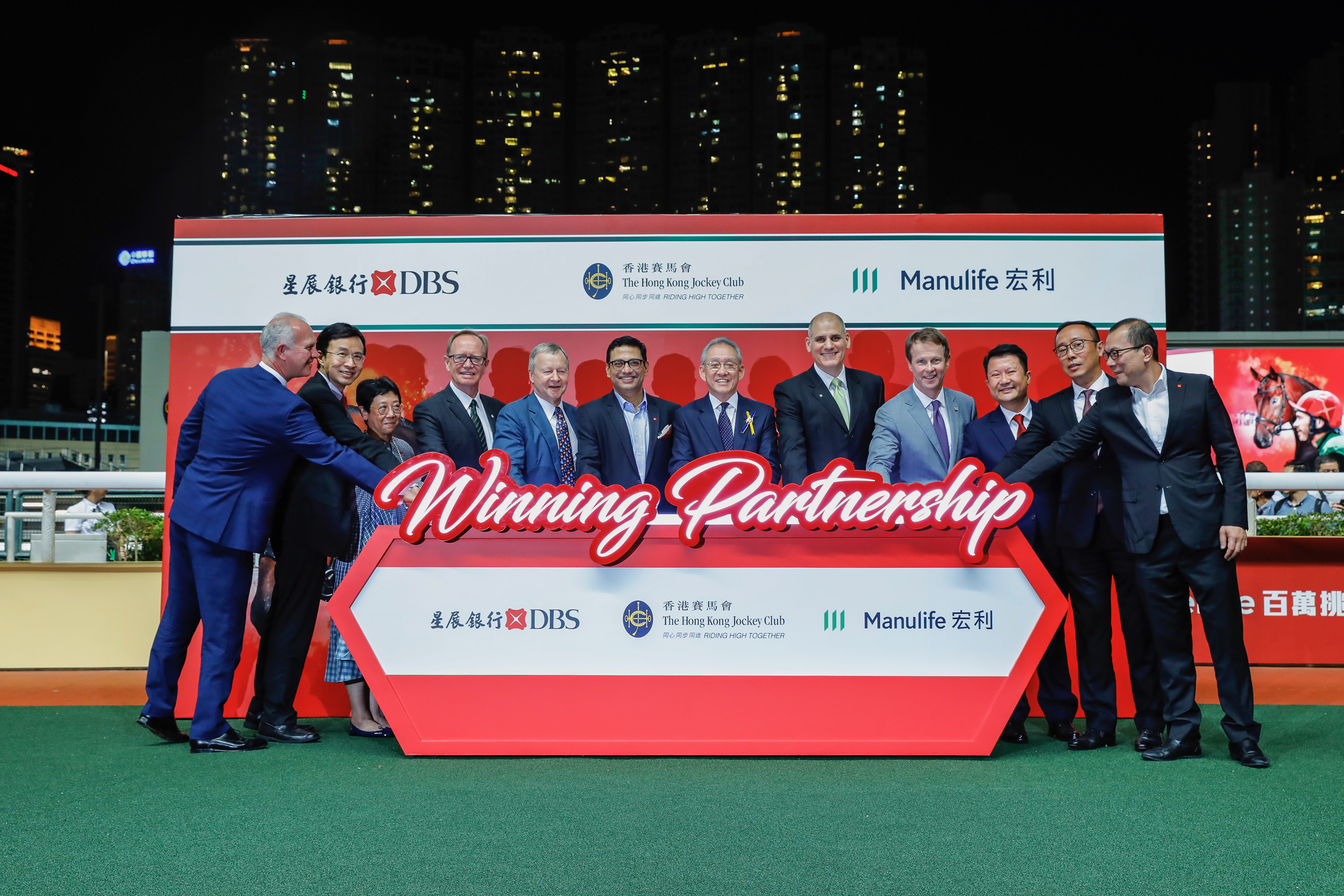 Manulife Financial Corporation is a leading international financial services group that helps people make their decisions easier and lives better. We operate primarily as John Hancock in the United States and Manulife elsewhere. We provide financial advice, insurance, as well as wealth and asset management solutions for individuals, groups and institutions. At the end of 2018, we had more than 34,000 employees, over 82,000 agents, and thousands of distribution partners, serving almost 28 million customers. As of June 30, 2019, we had over C$1.1 trillion (HK$6.8 trillion) in assets under management and administration, and in the previous 12 months we made C$29.4 billion in payments to our customers. Our principal operations in Asia, Canada and the United States are where we have served customers for more than 100 years. With our global headquarters in Toronto, Canada, we trade as ‘MFC’ on the Toronto, New York, and the Philippine stock exchanges and under ‘945’ in Hong Kong.