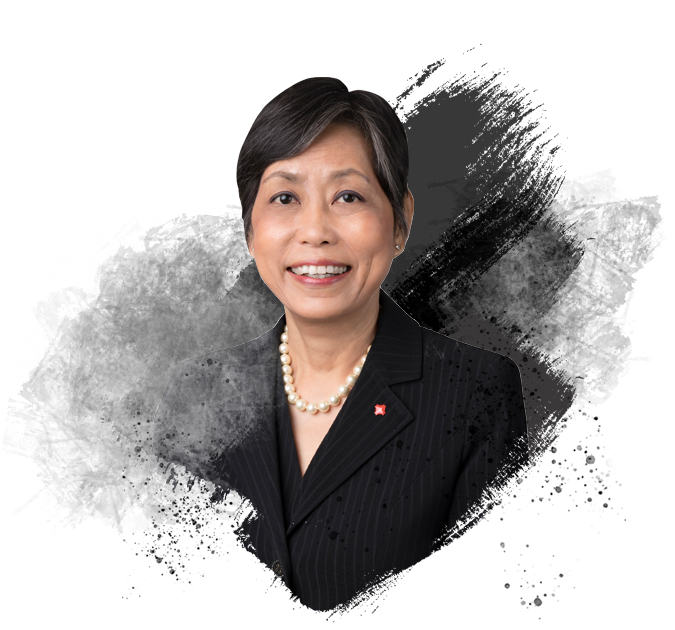 A Chartered Accountant with professional qualifications in banking and taxation, Euleen held various senior management positions in Standard Chartered Bank, retiring in March 2006 after some 21 years with the Bank. She was Chief Executive Officer of Standard Chartered Bank, Singapore from 2001 until March 2006. In that role, she was responsible for driving the Bank’s corporate governance and strategic agenda in Singapore.

Before becoming the Chief Executive Officer of Standard Chartered Singapore, she was Group Head, Local Corporates and Specialised Businesses, including structured trade solutions and private equity. Other senior positions held included market risk, asset and liability management and sales. She has travelled widely throughout the Group’s operations in the course of her duties.

Euleen was named as Her World Woman of the Year 2005. She was awarded a Public Service Medal for her contributions to the Financial Services sector by the President of Singapore in the same year.