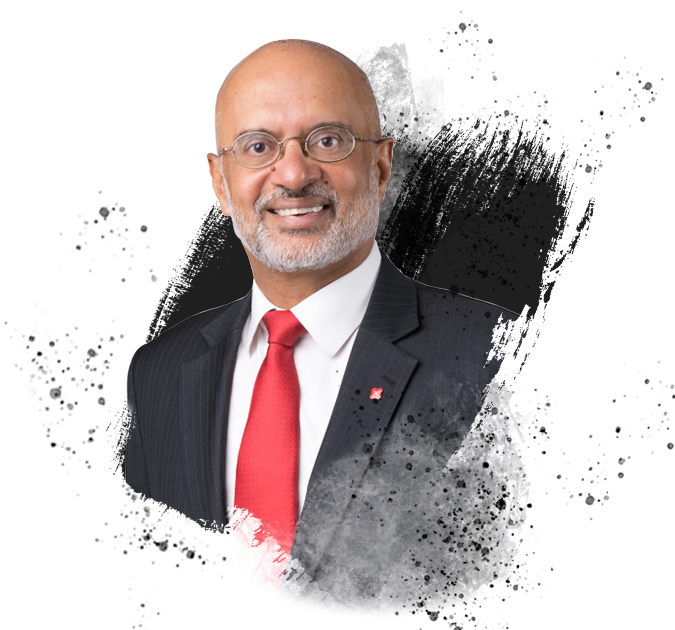 Mr. Piyush Gupta has been Chief Executive Officer and Director of DBS Group since 2009.

DBS is a leading financial services group in Asia, headquartered in Singapore. Recognised for its global leadership, DBS has been named "World’s Best Bank" by several global publications like Euromoney and Global Finance. The bank is at the forefront of leveraging digital technology to shape the future of banking, and was also named “World’s Best Digital Bank” by Euromoney. In addition, in 2019, DBS was listed among the top ten most transformative organisations of the decade by Harvard Business Review.

Prior to joining DBS, Piyush had a 27 year career at Citigroup, where his last position was Chief Executive Officer for South East Asia, Australia and New Zealand.

Piyush has a Bachelor of Arts (Honours) Degree in Economics from St. Stephen's College, Delhi University, India and a Post Graduate Diploma in Management from IIM, Ahmedabad.

Piyush was awarded the Public Service Star by the President of Singapore for his meritorious services to the nation in 2020. He is a recipient of the 2023 Pravasi Bharatiya Samman Award, the highest honour conferred by the Indian Government on the country’s diaspora.

In his personal capacity, Piyush takes a keen interest in nature, and is a Co-Chairman of the BirdLife International Advisory Group.